Rügen is more than just an island. Indeed, it has many faces, from Cape Arkona through to Garz and from Schaprode through to Göhren: Wide fields with long avenues between them, beaches with fine white sand, cliffs and chalk formations, on one side the Baltic, and on the other side lagoon and Sound – water is the defining feature of Rügen, as it is of any island. Dense beech groves too, with their interplay of springtime and autumnal foliage, are part of the attraction of this vibrant landscape. Every so often the narrow-gauge railway “Rasender Roland” (Rushing Roland) puffs through, an attraction in itself. Rügen is far too big to resemble Lummerland from the German children’s novel Jim Button and Luke the Engine Driver . Nevertheless, travelling across the Rügen causeway, the new high bridge or on the ferry from Stahlbrode to Glewitz, daily cares get left behind and there is a sense of being able to completely relax, and refocus. Every holiday is, after all, something of a journey of discovery, even if it is only one of self-discovery.

The exciting diversity of Rügen certainly has something to do with this. But where to strike camp for such an expedition, and what sort of accommodation would best suit the purpose? An old guest house or a classy hotel with timber balconies in the late 19th century seaside architectural style predominant in numerous coastal resorts, or a converted fisherman’s cottage, if any are still to be found? The summer-long buzz of activity at sandy beaches and cliffs might encourage some to find a rural retreat inland. So why not stay in the agricultural heartland, where fields and meadows, tree-lined avenues and manor houses dot the landscape. The old estate of Gut Mauritz in Zicker on the Zudar is just such a place, about 40 minutes’ drive from Stralsund. There is also a bus service on weekdays from the village square which also serves many children as a school bus. This strip of land is by no means deserted, even though farming is not as prevalent here as it once was, and the old manor houses and their outbuildings no longer serve their original purpose. At Gut Mauritz the buildings have been lovingly restored and filled with holiday apartments. The village-like structure of the place can still be detected or rather has been restored: vast gardens between the former residence and the farm buildings, the wide surrounding landscape, the view over the nearby bays of Schoritz Wiek, the Baltic, a scatter of houses and the wide countryside.

This once highly productive farm left behind a dramatic emptiness in its outbuildings, with their large deep rooms, which Andreas Breckwoldt and Ulrike Flock have skilfully refurbished with large apartments that have generously high living spaces suitable equally for a multi-generational holiday, a big get-together or a Yoga course. In current parlance, such innovative residential buildings are known as cluster apartments. But there are also small units for single people or couples. Large expanses of windows, generous terraces and balconies give sweeping views out into the wide world and an insight into the everyday dramas of village life – a dog pouncing on a neighbour’s cockerel for instance.

All apartments come with access to a joint sauna and parking area for bicycles which, incidentally, can be hired out, along with other mobility options. These vehicles extend the field of action around the estate, and are also useful for trips to the beach or for slowly discovering the island worlds. All this makes a granary that goes by the name of Kornspeicher Mauritz an ideal base for your journey of discovery. 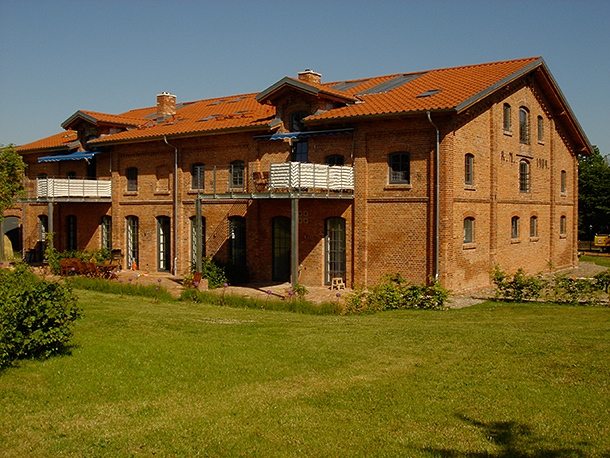 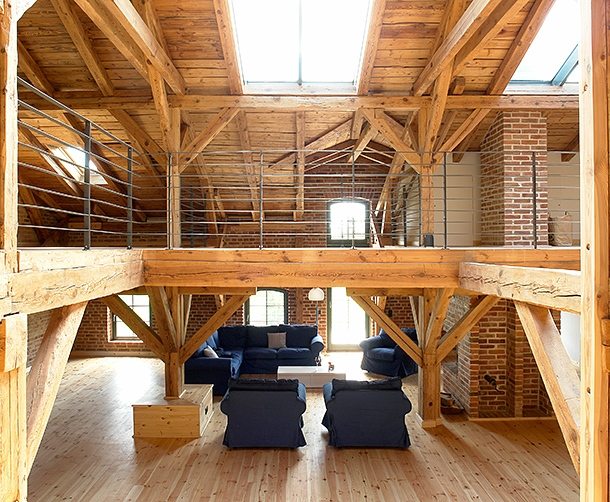 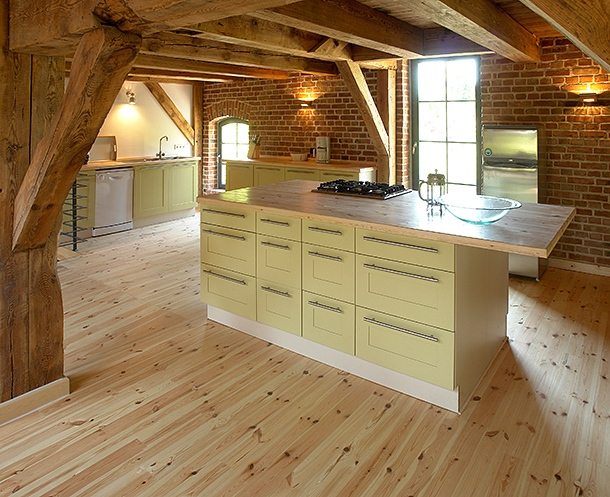 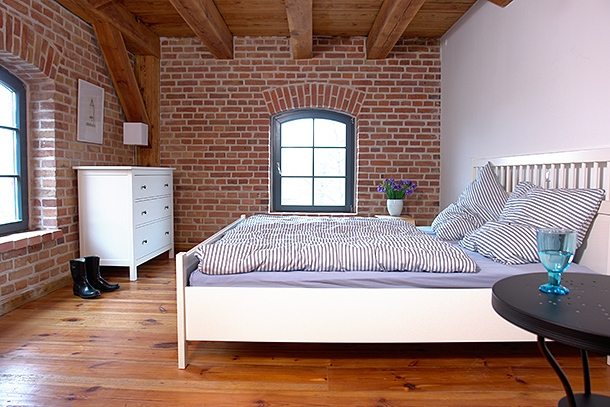 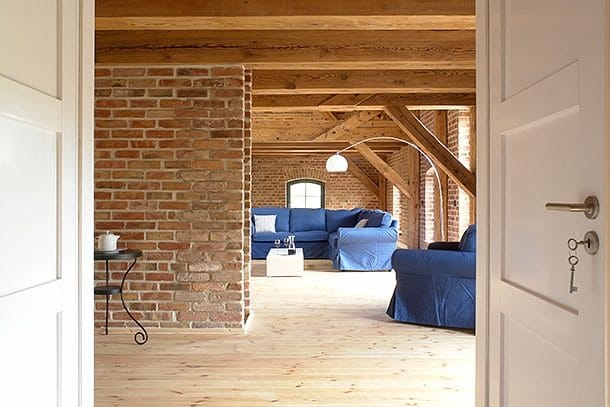 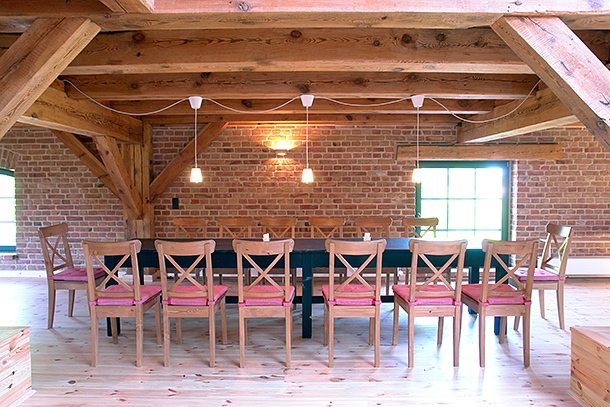 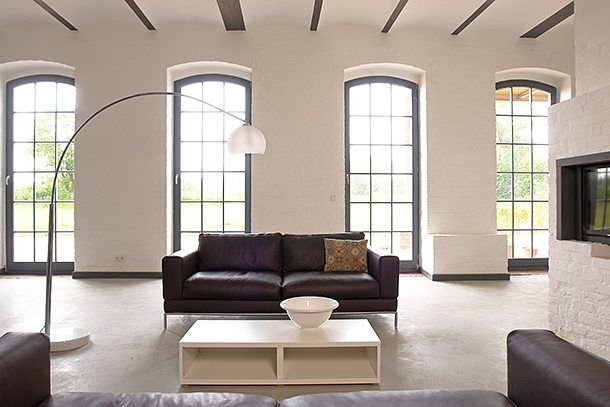 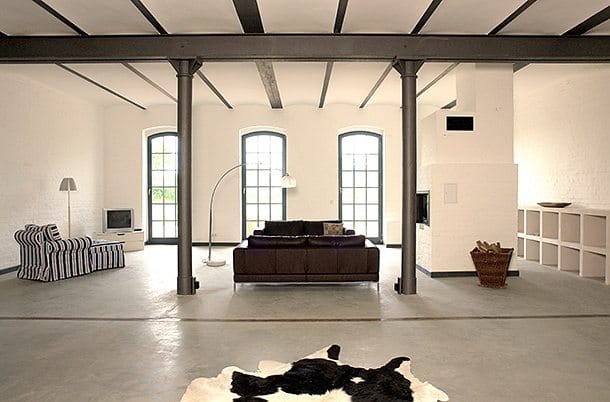 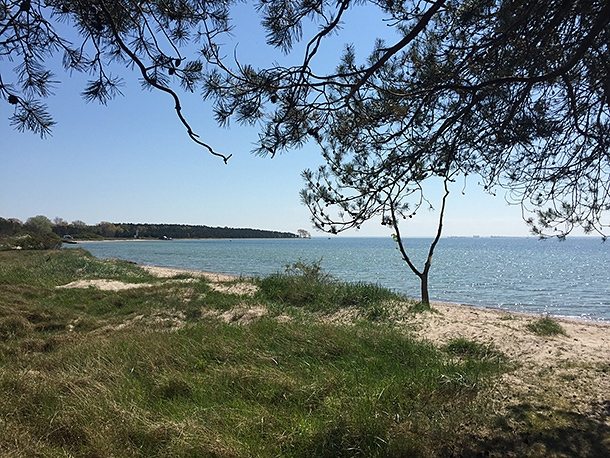 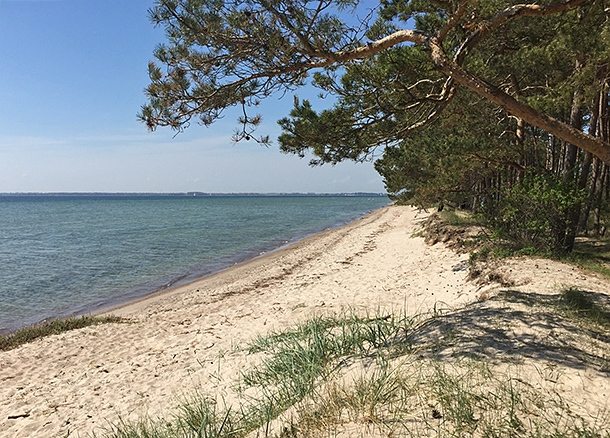 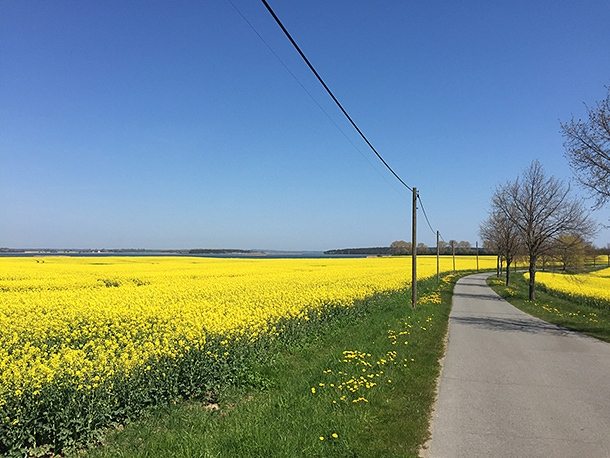 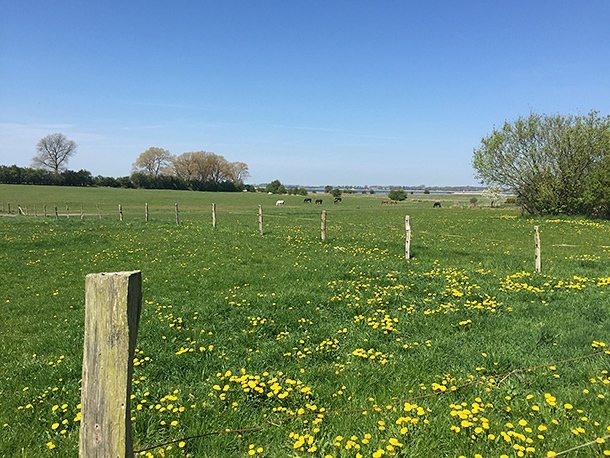 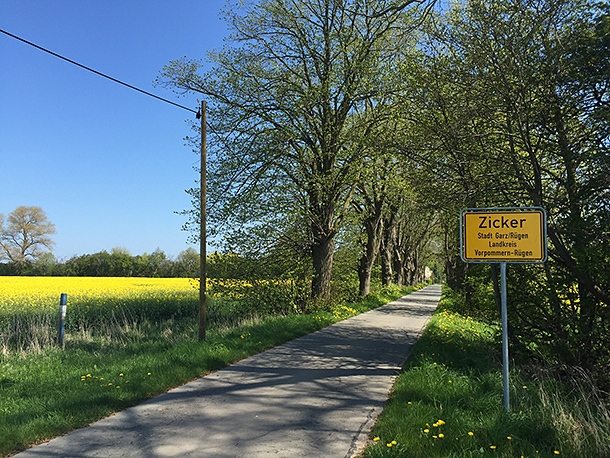 Olaf Bartels, born in 1959, is and architectural historian and critic. His publications include features in Bauwelt, Baumeister and the Deutsche Bauzeitung. He carries out research and teaching on architecture and the history of urban planning. He lives in Hamburg and Berlin.