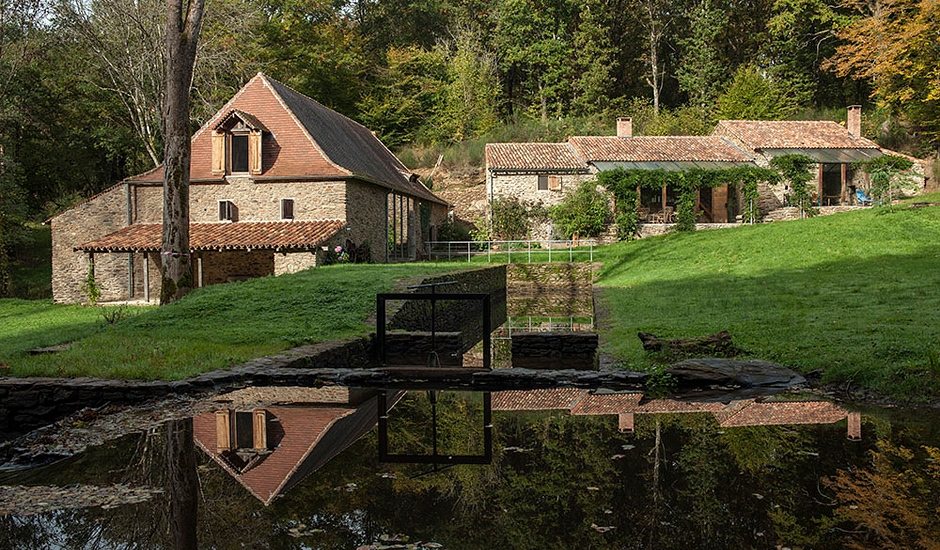 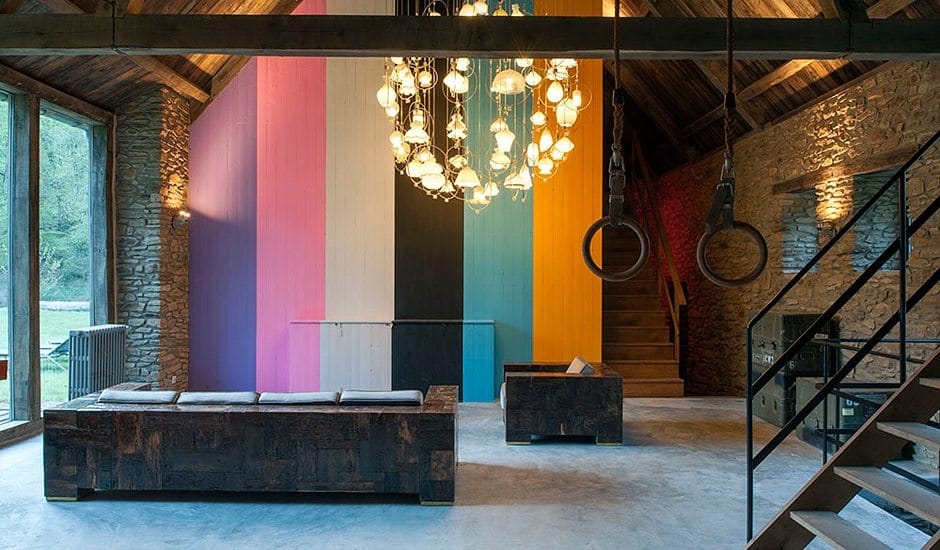 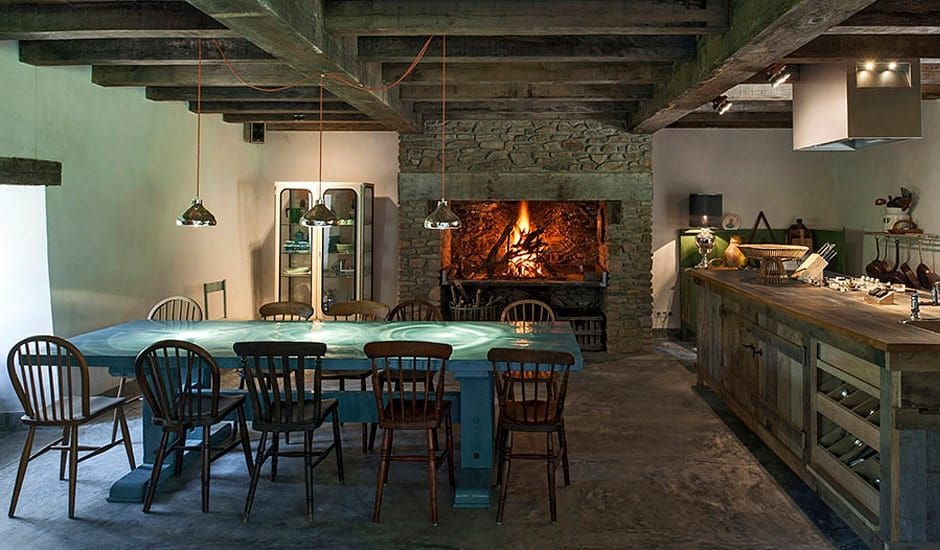 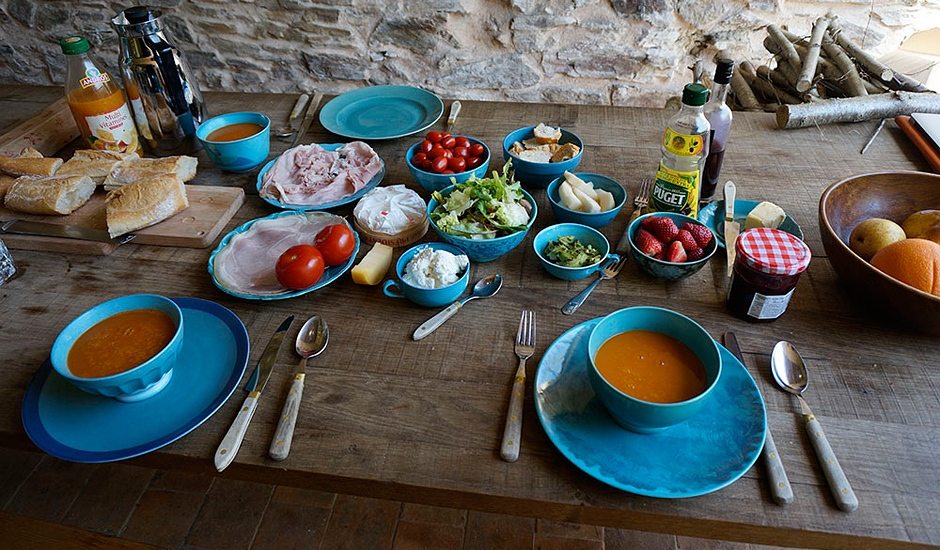 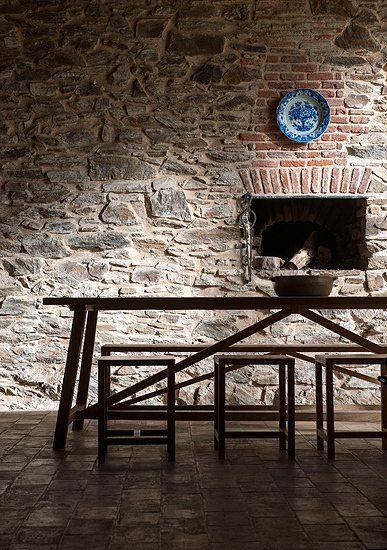 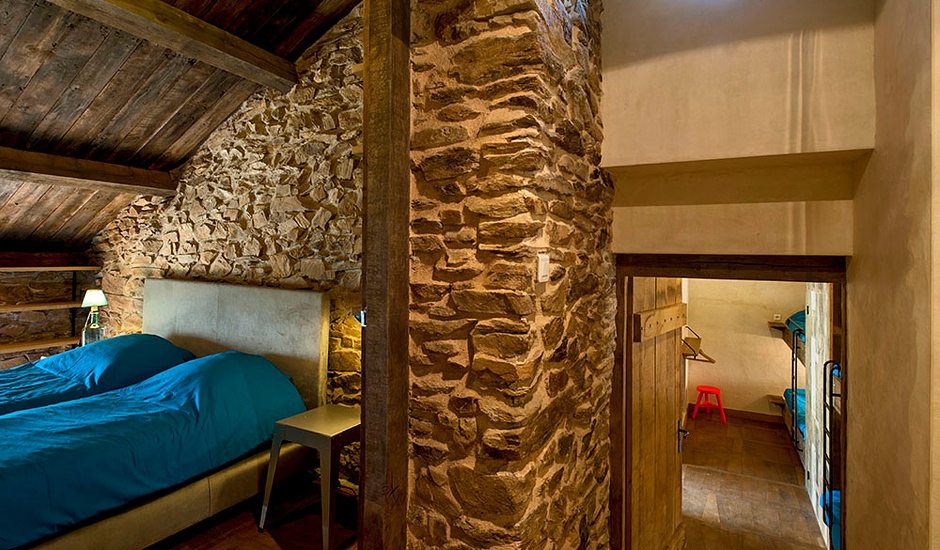 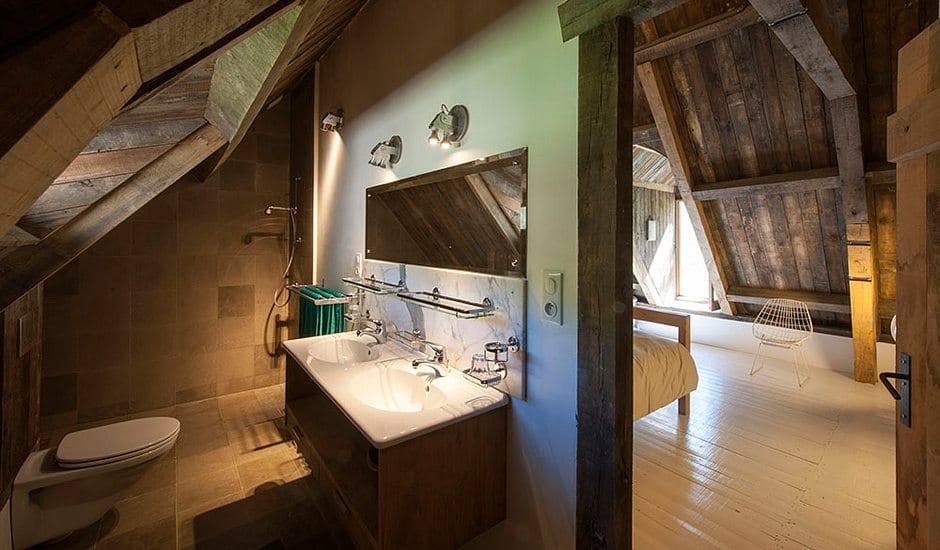 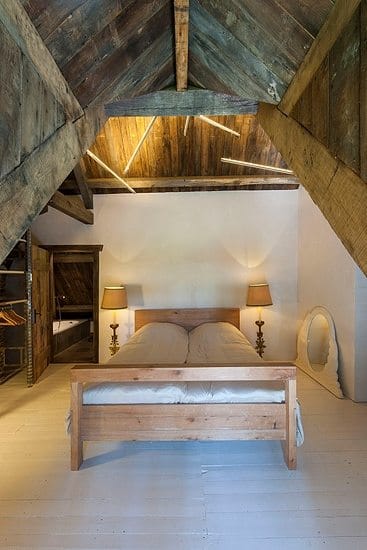 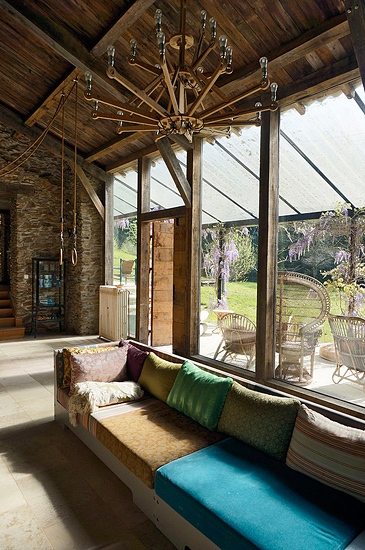 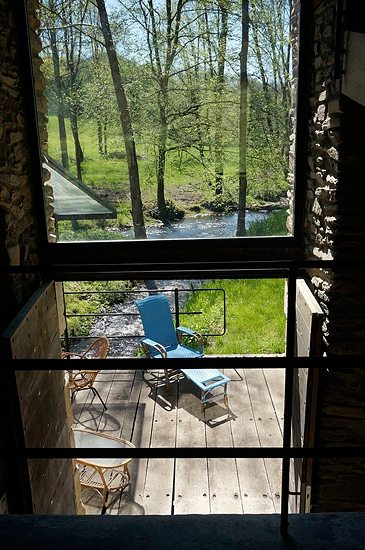 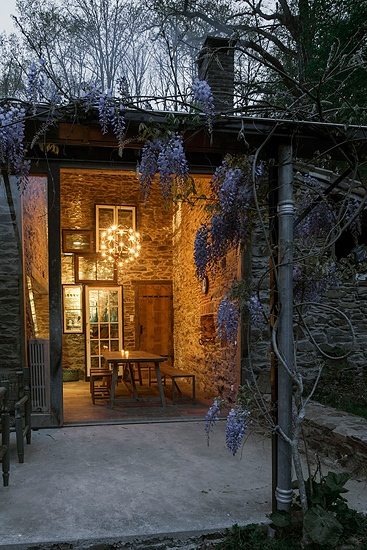 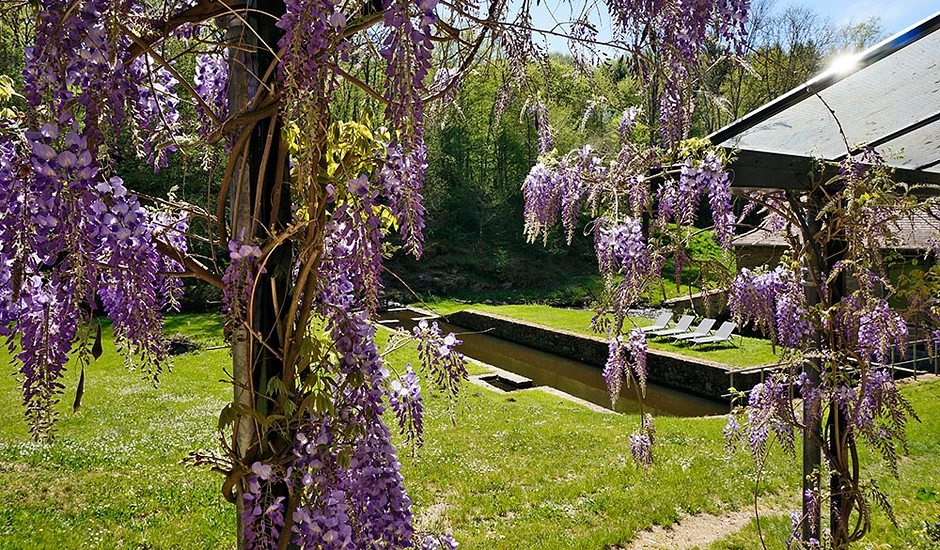 In the Perigot Vert – the green, wooded north of the Dordogne – the designer Piet Hein Eek has rebuilt a dilapidated old water mill and supplemented it with a second house. Similar to his approach of creating furniture with recycled materials, the designer has used traditional techniques and local, available materials for the construction of the houses. Le Moulin and Le Four with their understated architecture therefore blend into the landscape and – although newly built and equipped with modern details such as large windows – create the illusion of having been on the tranquil banks of the river La Valouse for many years. The rustic ambience of the interior with exposed stone walls, quaint wooden ceilings and stone floors is given a contemporary twist by the specially made objects and furniture by the designer.

The houses are ideal for a holiday with two families, but can also be rented separately.

Swimming, hiking, tennis at the courts of the nearby Chateaux de Mavaleix, trips to Limoges, Periqueux

Unobtrusive architecture that blends into the landscape and merges old and new. 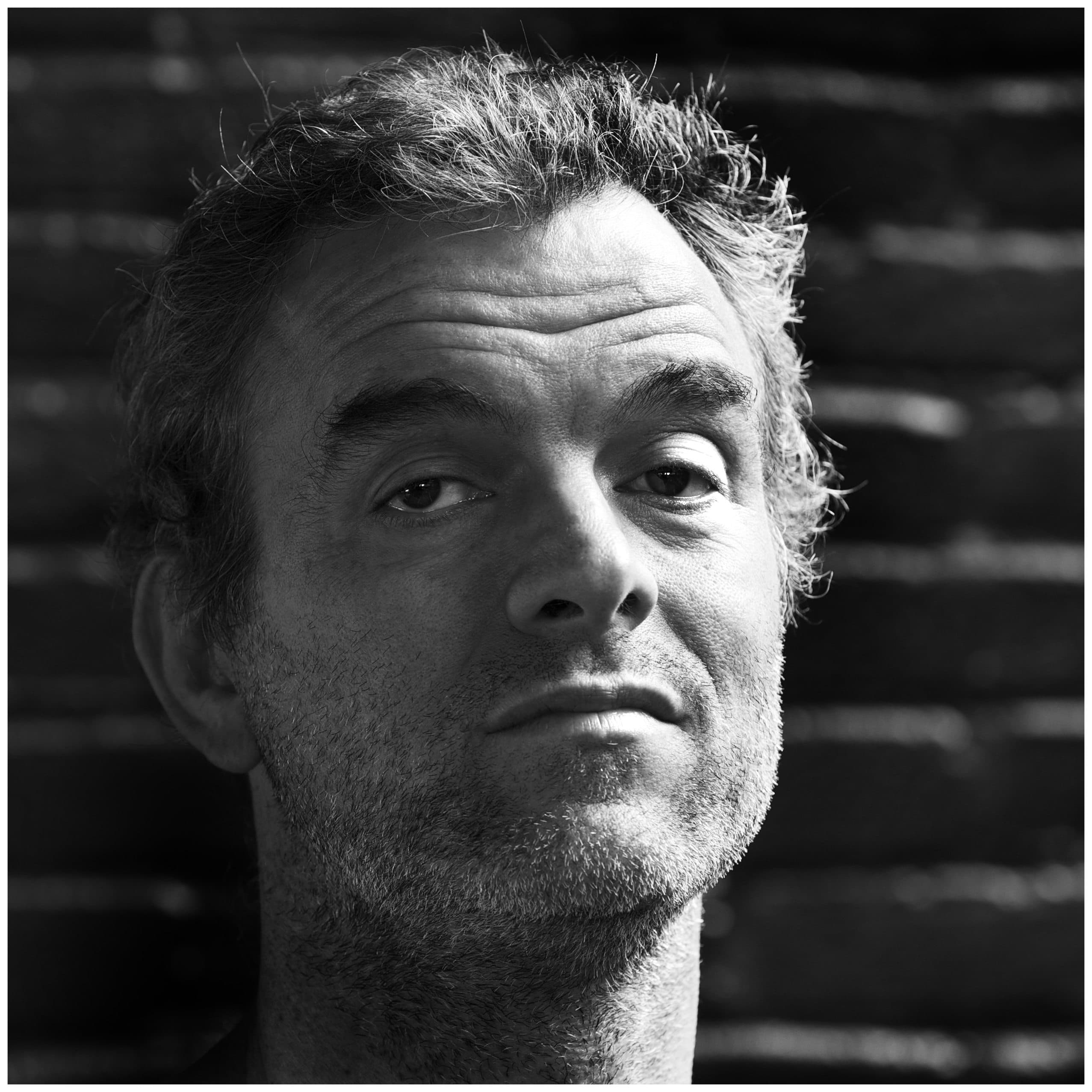 The Dutch designer Piet Hein Eek (born 1967) graduated from the Design Academy Eindhoven in 1990. His works are sold worldwide and have been shown in various exhibitions (such as MOMA / New York, Cíbone / Japan). Piet Hein Eek is mostly known for his furniture of scrap wood, but he also works as an interior designer and cooperates with architects. His studio is located in an old Farbik in Eindhoven, where he also runs a showroom and a restaurant.

Scenery: secluded in a clearing in the forest

Number of guests: Le Moulin up to 10 people Le Four up to 8 people