BUCHARCHITEKTUR – the art of building a book

Kathrin Schmuck is an architect and the owner of BUCHARCHITEKTUR. Since 2014 she has been designing award-winning books that cover every imaginable aspect of architecture: monumental monographs such as that for the architectural practice Lederer Ragnarsdóttir Oei, academic yearbooks, architectural guides or future home living manuals.
Kathrin Schmuck avoids stamping her own creative fingerprint too heavily on any of this work. Quite the reverse. Her talent for empathetic appreciation of architecture and her fine instinct for transforming harmonious design into book form brings printed rooms into being, allowing the relevant architecture to unfold in a powerful and yet delicate way and develop its own distinct identity.

Three years ago, URLAUBSARCHITEKTUR brought the book architect on board to re-design its house publication. The first new-look volume – the 2017 Selection – promptly received the German Design Award. 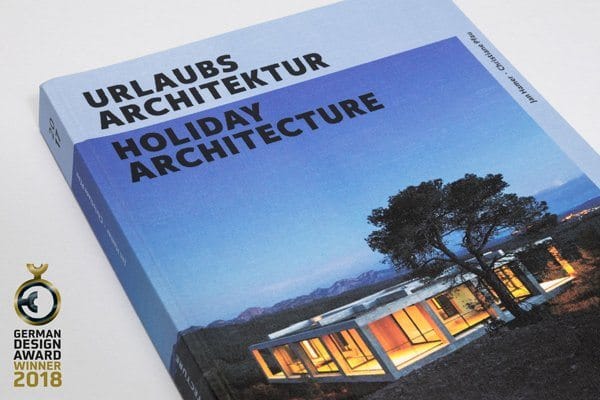 The 2019 Selection (expected to appear in October 2018) is already in the making and at the end of June the entire URLAUBSARCHITEKTUR – BUCHARCHITEKTUR team gathered together for a final editorial meeting in Hanover: Apart from one or two decisions of graphic presentation still to be finalised over the coming weeks, a new compendium of unique HOLIDAY ARCHITECTURE properties is good to go! 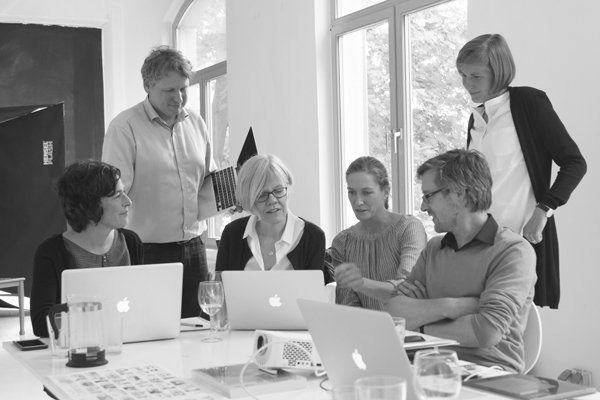 I took the opportunity at our meeting in Hanover to interview Kathrin:

You studied architecture for many years as an architect in famous architectural practices at home and abroad and you are now designing (architecture) books. How did that come about?

Actually, to some extent, it was quite predictable …. (laughter). Even when I was a student, after submitting the actual design, I always made an extra little book or folder. At the beginning it was more something to fiddle with, but over time, I discovered that these little books were not just abstracts but could develop a format and character of their own. They were like a second aspect of the design, concentrating the ideas and the actual concept – all on the few square centimetres of paper of a little book.

So it came about that, in addition to my actual work, I was also always making books, initially during my time as a member of the research staff at the Bauhaus University in Weimar e.g. an architectural guide to the works of Alberto Campo Baeza, then later an exhibition catalogue or academic works. After the first “proper” book, the monograph of works for the Lederer Ragnarsdóttir Oei practice, was recognised as one of the most beautiful German books of 2013 (die Schönsten Deutschen Bücher) a prize awarded by the Stiftung Buchkunst, I took that as a green light – and went self-employed as a book designer under the label BUCHARCHITEKTUR.

You have described your work as translating architecture into books – how do you go about it?

It isn’t much different to building a house.

First I visualise the clients’ wishes. ”Who are we trying to reach? What do we want to publish? What is our budget?“ are some of the questions I discuss with the client first. At the same time I sound out the market. Through my extensive network of many renowned publishers it soon becomes clear which publisher might be interested and what the special potentials and emphasis of the specific project might be.

Then comes the design phase itself. Not very different from if I were working on an architectural design. I always work in several variants. In continual consultation with the client, little by little, the concept and the book begin to take on a clear form. It is from this design phase that the book itself eventually emerges.

But that doesn’t mean that the book is then complete. Just like a building, a book is made from materials. Weight, colour and structure of the paper are just as important as the choice of binding, the twine to be used etc. All this comes together to create the essential character of the book and its intrinsic value. Finally there follows the last step in production which never loses its excitement. As a rule, I am present myself at the printers’ until the final stage in processing, checking that the quality meets my and my clients’ expectations.

At every stage in the process, I am always the direct contact for my customers and will, if required, coordinate the whole team from authors through to lithographers and printers. 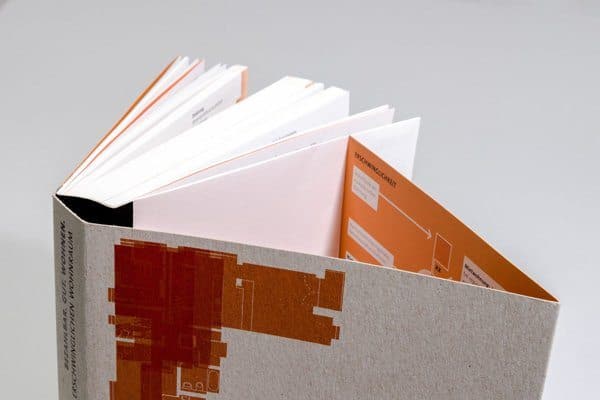 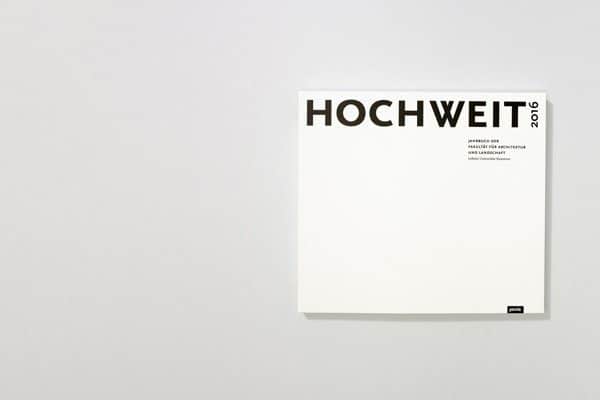 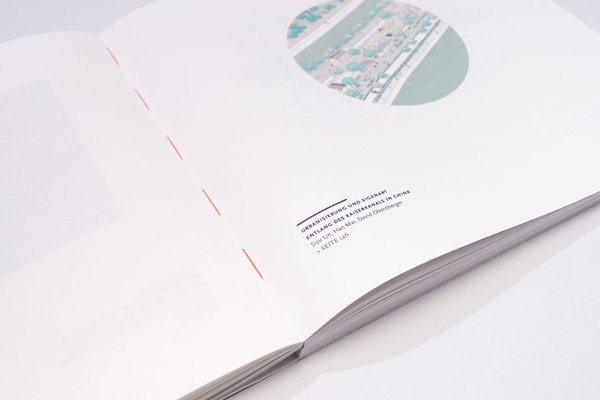 Your book designs have already received many awards: German Design Award, DAM Architectural Book Award, die Schönsten Deutschen Bücher (the most beautiful German books) from the Stiftung Buchkunst, die Schönsten Bücher Österreichs… (Austria’s most beautiful books). The judges‘ assessments repeatedly refer to attributes such as “tranquil“, ”subdued“, ”delicate“, ”calming“, ”subdued but clear and compelling “. This reads like a character study. Do you see yourself in these descriptions?

I would put it like this: I focus all my attention on every book so that the concept of a book and its design always have to serve the contents and should never be a goal in themselves. Typography is like the ground plan for a book. It gives structure and order, connects the various chapters and gives a book rhythm and character. That is why I always refer to the architecture of a book. 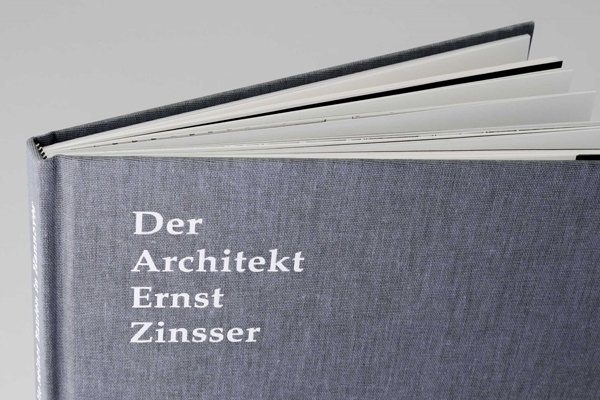 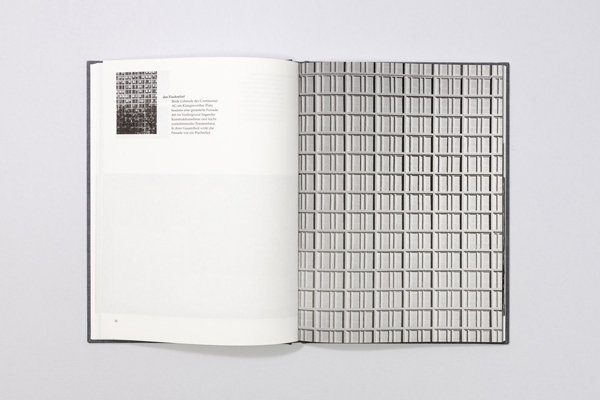 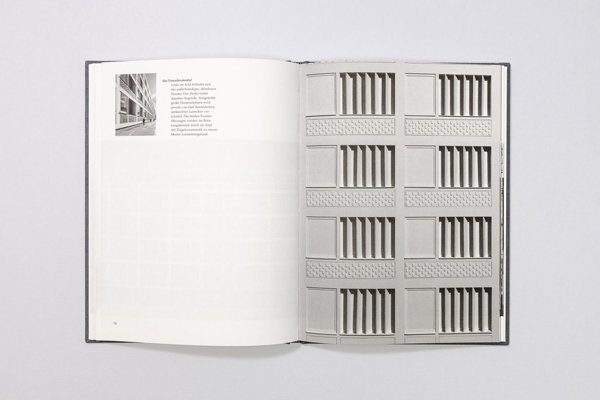 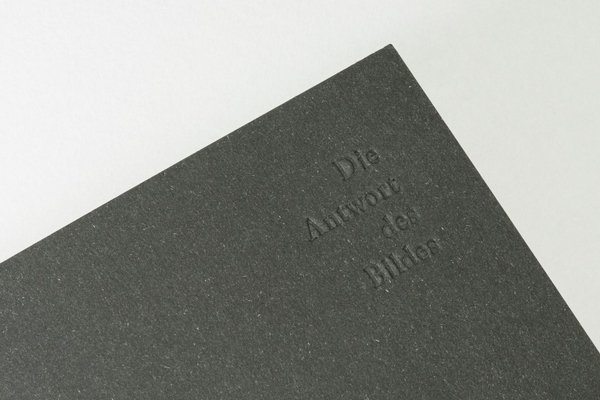 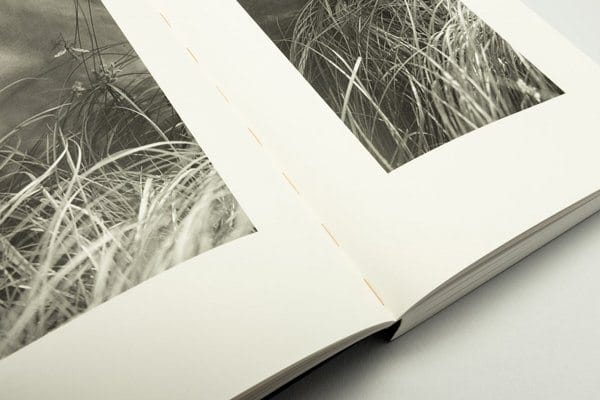 What was the key concept on the redesign of the URLAUBSARCHITEKTUR 2017 book?

In recent years, URLAUBSARCHITEKTUR has made breath-taking progress. I am very happy to be a part of this development and have had the opportunity to be involved in the new design of its yearbook. URLAUBSARCHITEKTUR represents casual style combined with the highest standards of quality and material. It is this exciting combination that I wanted to translate into book form. That is why the book aspires to the same values as the houses portrayed in it: One-offs, authentic, full of atmosphere and with an individual, personal face. It pleases me in particular that it is not only the readers that experience this, but also the German Design Award judges who picked out the Selection 2017 book to receive an award. 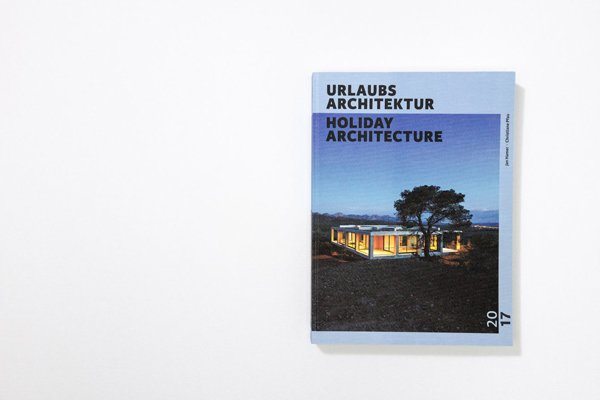 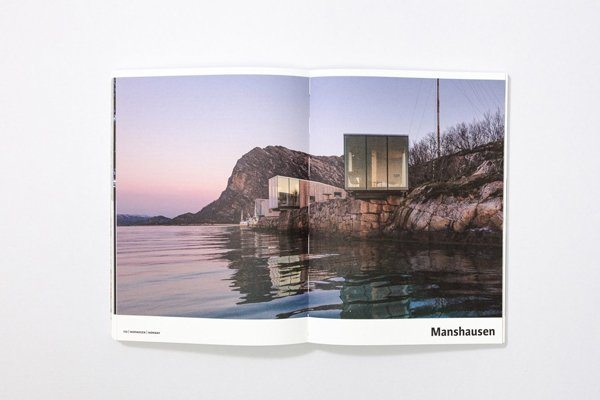 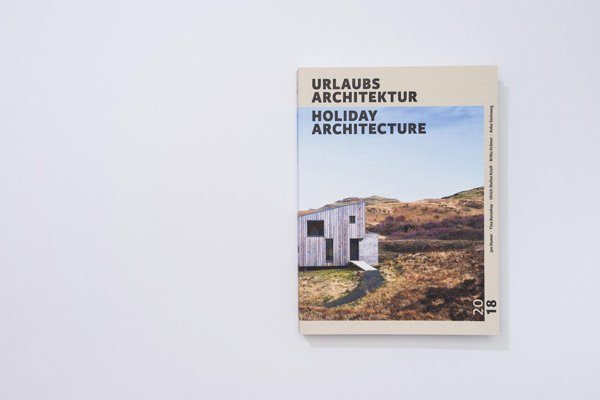 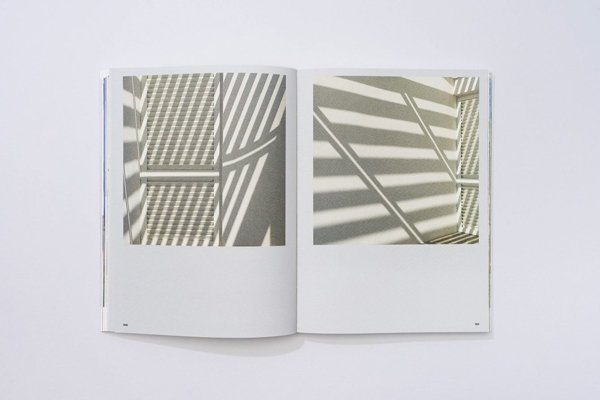 How should a book be designed in order to attract attention, e.g. when you are rummaging through the shelves of a bookshop?

A book should make people curious, and should ideally work on several levels. The first thing to make an impact is the cover. Like the façade of a house, it is the face of a book. Then I look at the internal structure, how the book is ordered and the system behind it. Just like a floor plan, it should neither be banal nor unnecessarily complicated, but must provide the right solution for the contents. If I like what I see when I look at both of these things, I will start to read. A bit like exploring the individual rooms of a house in greater detail. A good book always has these three levels.

Translating whose architecture into book form is on your personal wish list?

I don’t have any specific wish list in my head … What I love about making books is much more the joint dialogue with my clients, the challenge of meeting their wishes and expectations. This could be presenting a built work, the life work of an artist, an insight into the world inside a university or a collection of URLAUBSARCHITEKTUR holiday homes. It’s a bit like in architecture itself. It isn’t the building project that decides the relevance of a building, but its internal and external quality. Even a little thing like a book is no different in this respect. 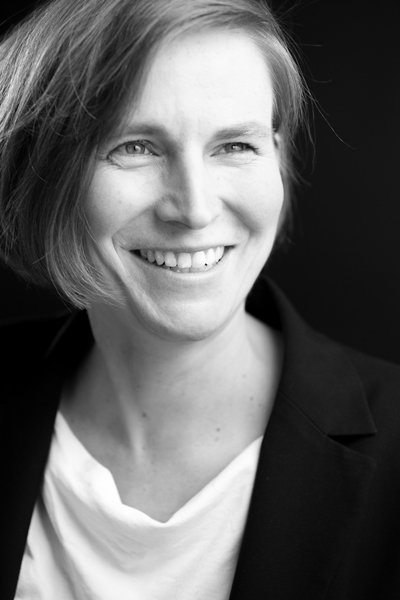 Kathrin Schmuck, born in 1975, studied Architecture at the Bauhaus University in Weimar and at the Kent Institute of Art and Design in Canterbury. In 2001 she graduated with honours from the Bauhaus University. Between 2001 and 2002 she was a member of the research staff at the Institute for Design and Building Studies at the Bauhaus University Weimar, then worked as an architect in Spain at the EstudioVIERNA9 architectural practice in Cadiz. Between 2007 and 2016 she was a project manager at the Lederer Ragnarsdóttir Oei architectural practice, among other things designing the monograph of Lederer Ragnarsdóttir Oei 1. Between 2011 and 2014 she was lecturer for the Design course at the Department of Architecture at the University of Applied Sciences (Fachhochschule) Lübeck. Since the beginning of 2014 she has worked as a freelance book designer focusing on architectural books.