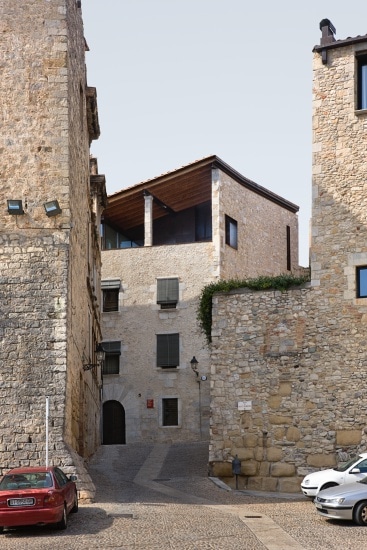 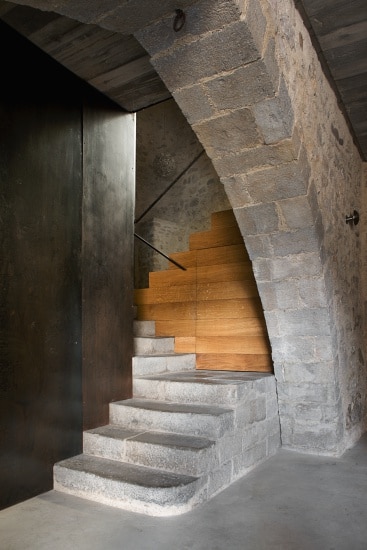 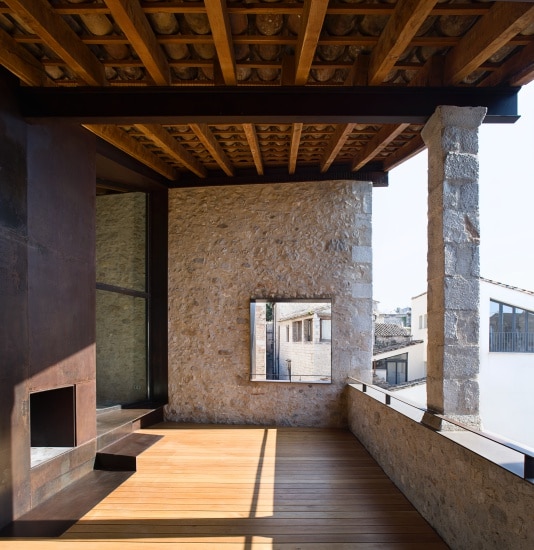 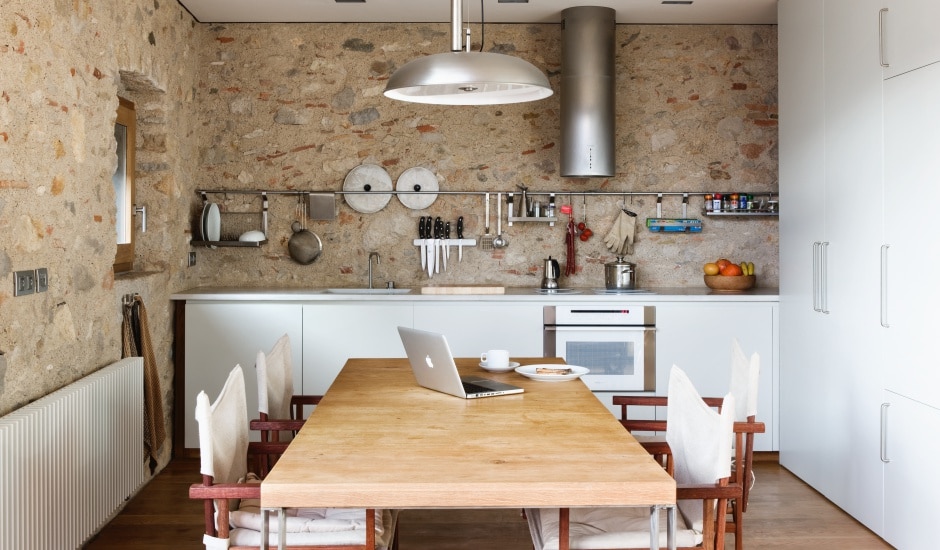 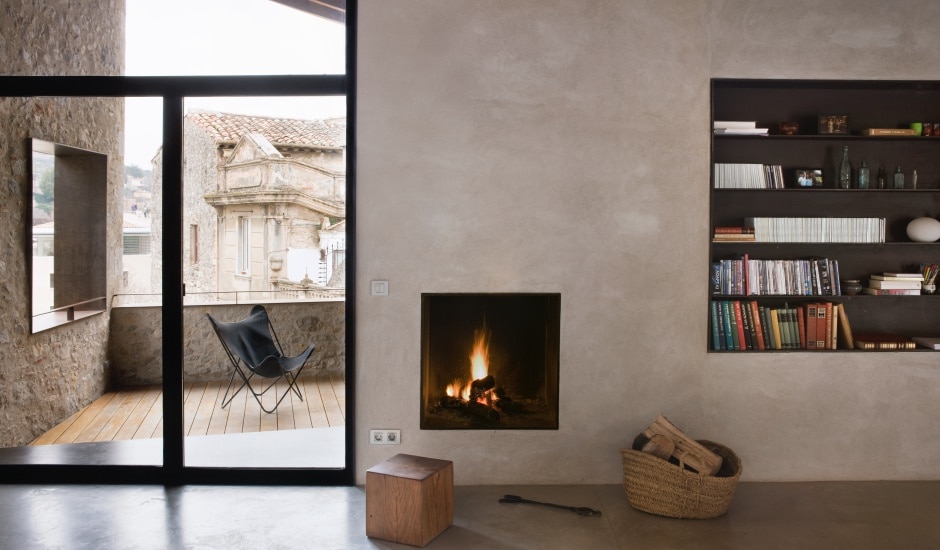 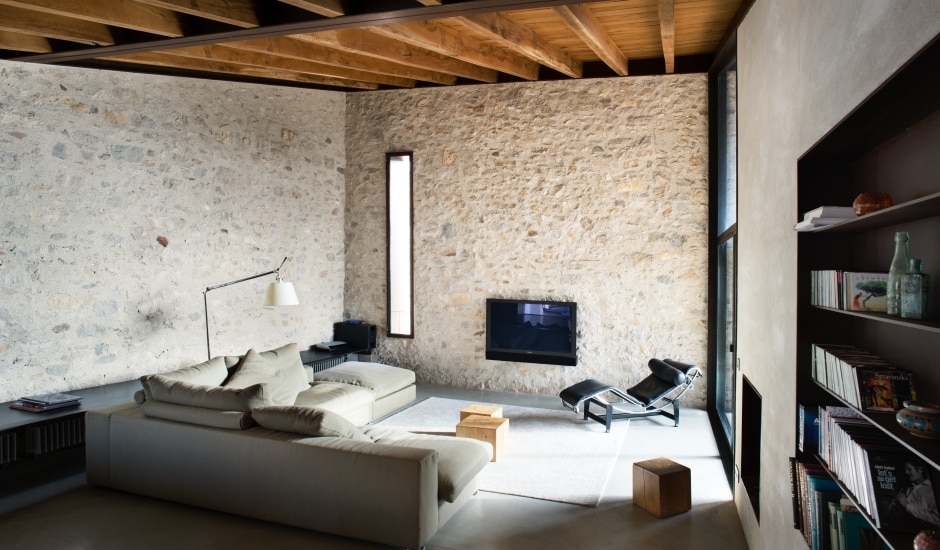 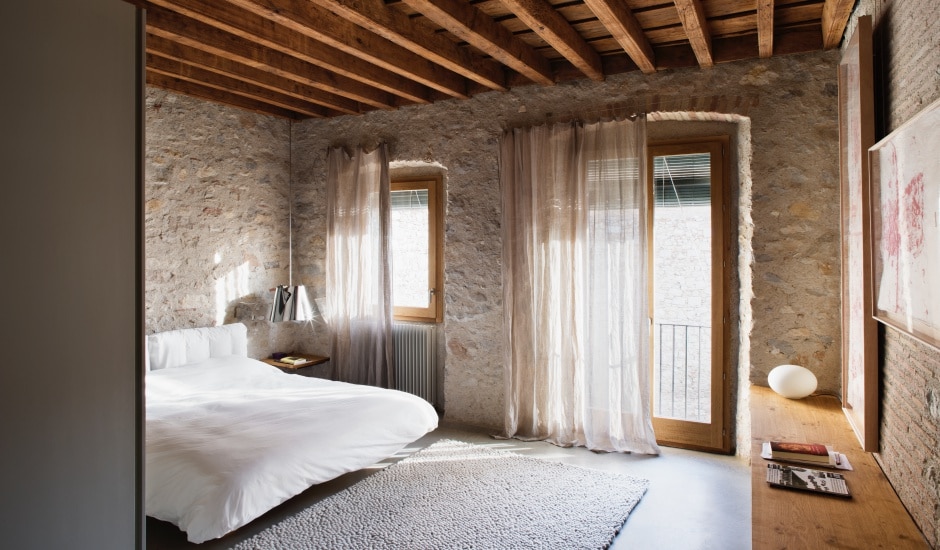 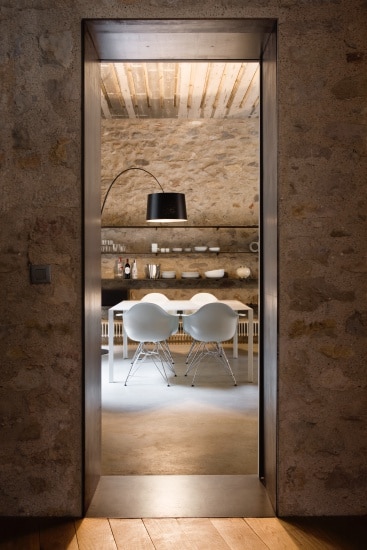 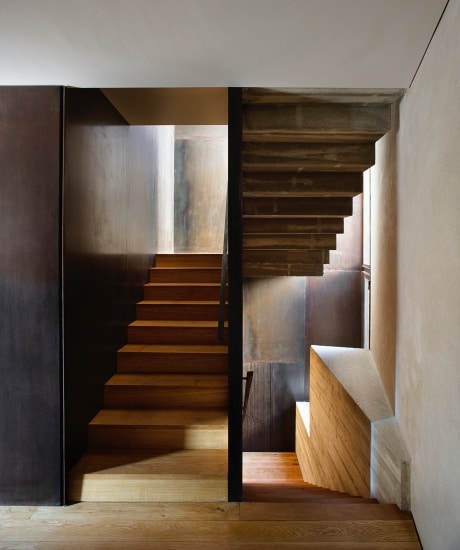 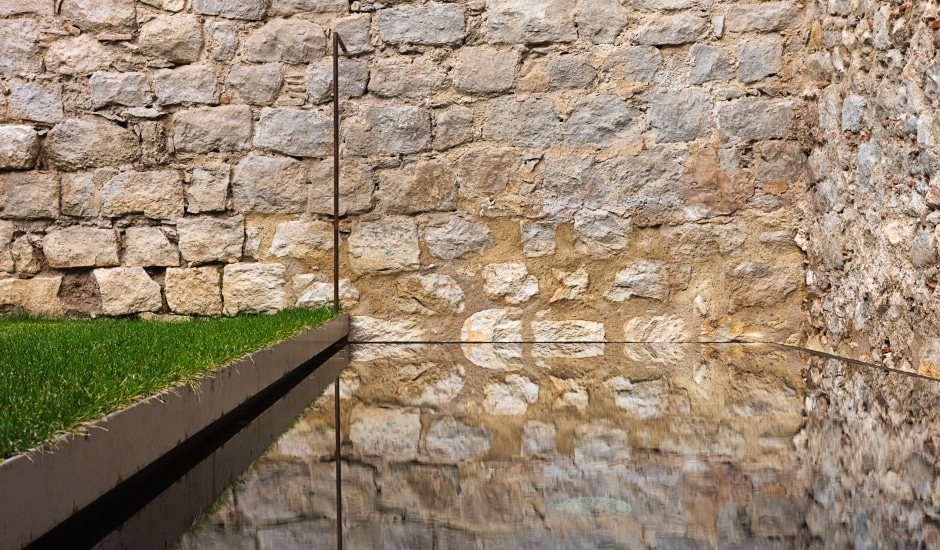 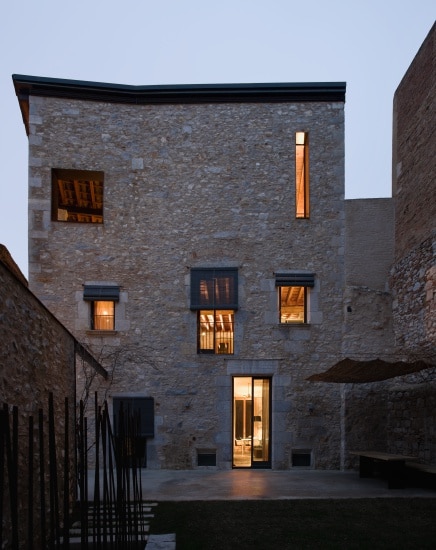 The city of Girona, some 80 km from Barcelona, has a medieval quarter and is considered to be Catalonia’s secret gem. Alemanys 5 stands in the city’s historic district in a 16th century building. This is a real jewel in itself, and was given a glamorous facelift when it was renovated and converted into two holiday apartments. The materials used – steel, concrete and wood – and the linear, modern interior design, provide an exciting contrast to its rustic historic walls. Narrow steel frames surround the doors, openings and windows, making them look as if they have been carved out of the stone.

“El Badiu” (The Veranda) is a 180 sqm duplex in the upper two floors with a master suite and two children’s suites, a kitchen-dining room, great living room with a fireplace, and a spectacular veranda terrace facing south with exclusive views over the old quarter. “El Jardí” (The Garden) is a 90 sqm apartment equipped with two double bedrooms, a spacious bathroom, a large living room with a kitchenette and a nice private garden. The house can also be rented as a whole unit, with 5 bedrooms sleeping 10 people.

Sightseeing (the old town is one of the most important medieval quarters in Spain), shopping, cafés & restaurants, culture (museums, music festival Temporada Alta, concerts).
Golfing (PGA Catalunya Resort 22km away), cycling (near the house there is a forest with various mountain bike routes), excursions to the coast (the Costa Brava can be reached by car in less than 1 hour). Between Girona and the Costa Brava is the rural region of Empordà with small medieval villages. Barcelona can be reached in an hour by car or train.
Culinary: Several Michelin Star restaurants in the area.
Girona and the surrounding area is known as a wellness and spa destination.
In winter: skiing in the Pyrenees.

A modern oasis in medieval surroundings.

City break with families and friends. An ideal starting point for exploring the region.

Number of guests: 2 apartments for each 4 and 6 people.

Published: dezeen.com, Schöner Wohnen, and other blogs and online magazines