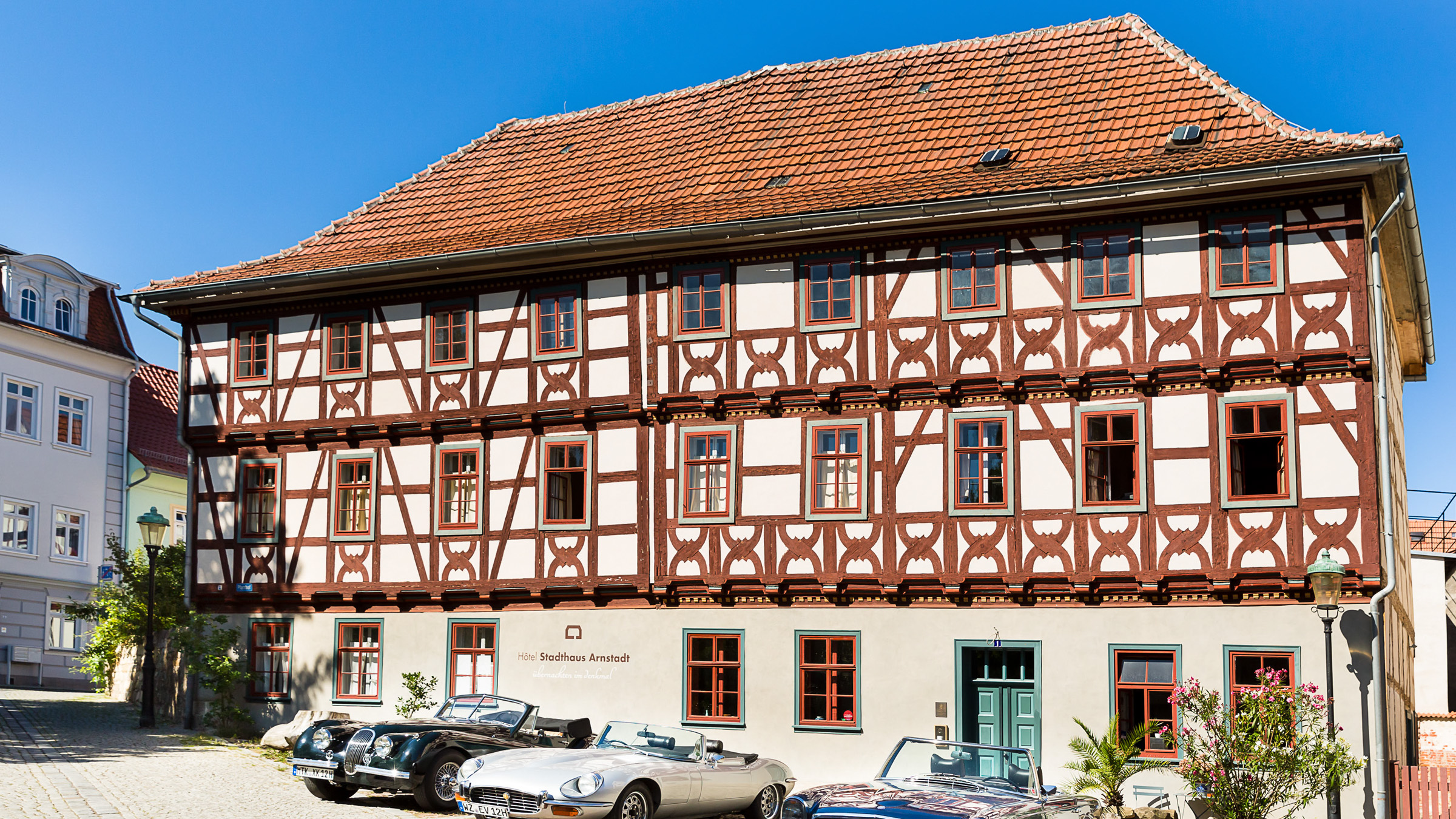 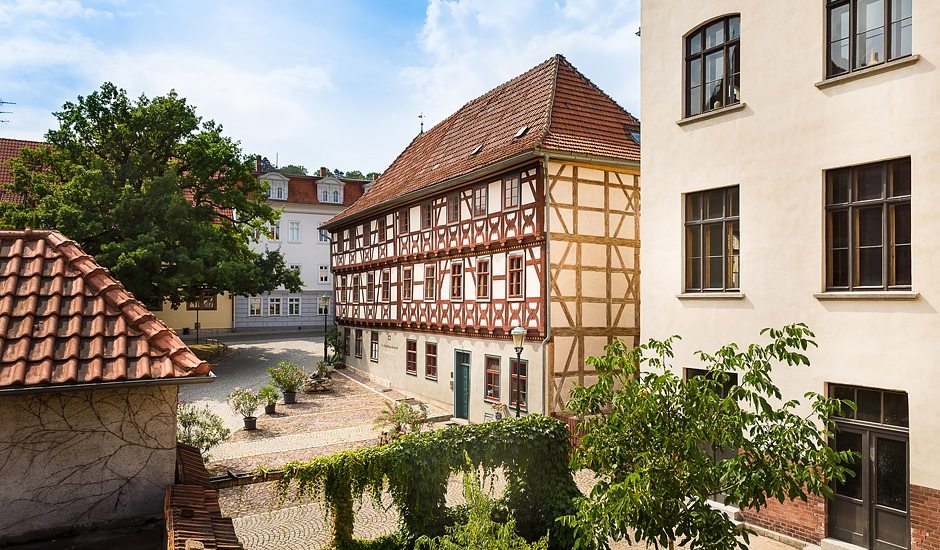 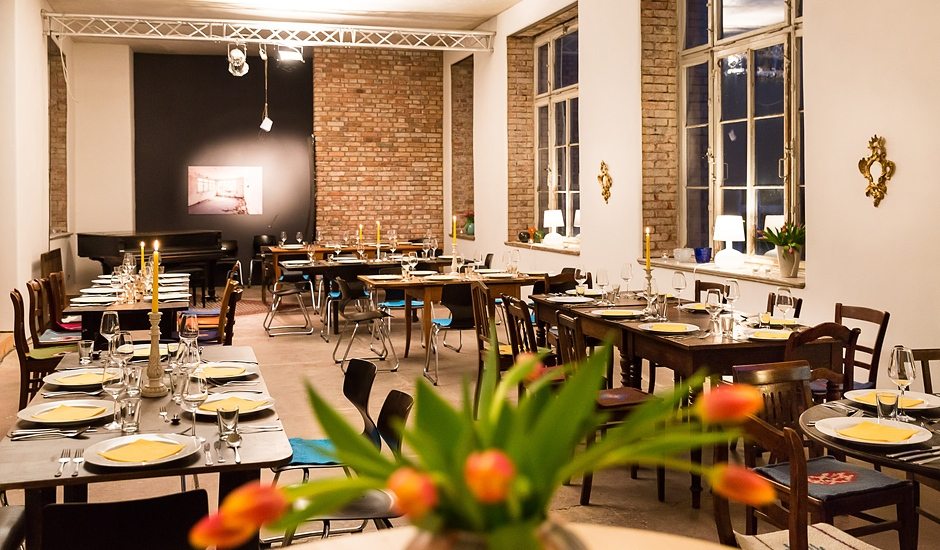 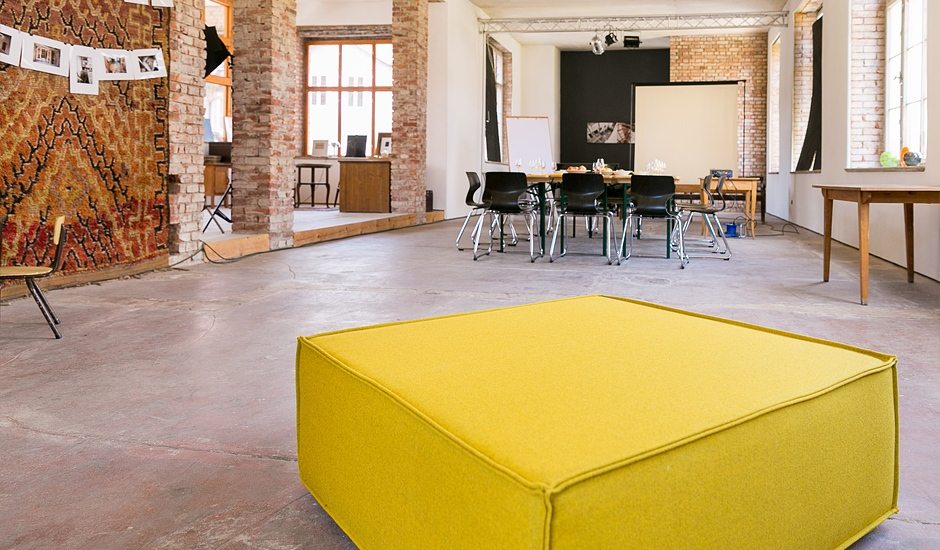 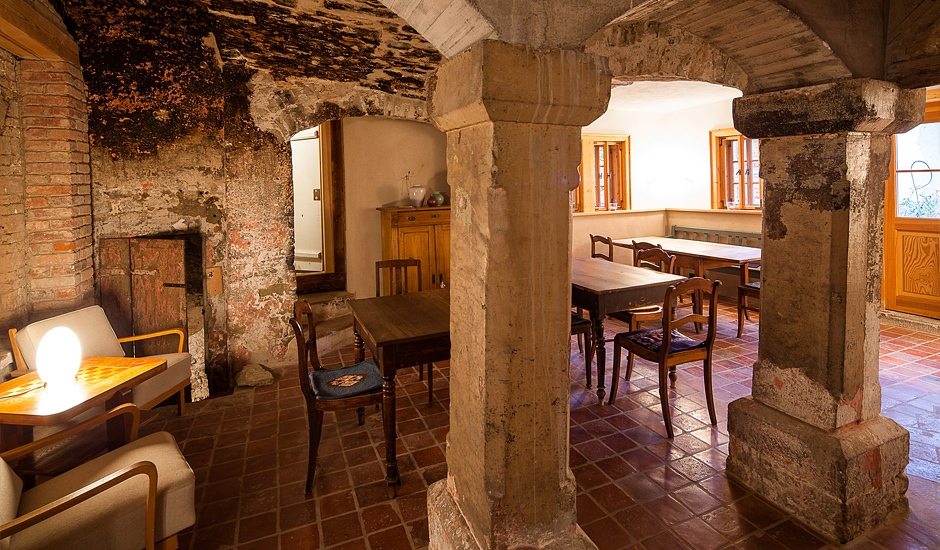 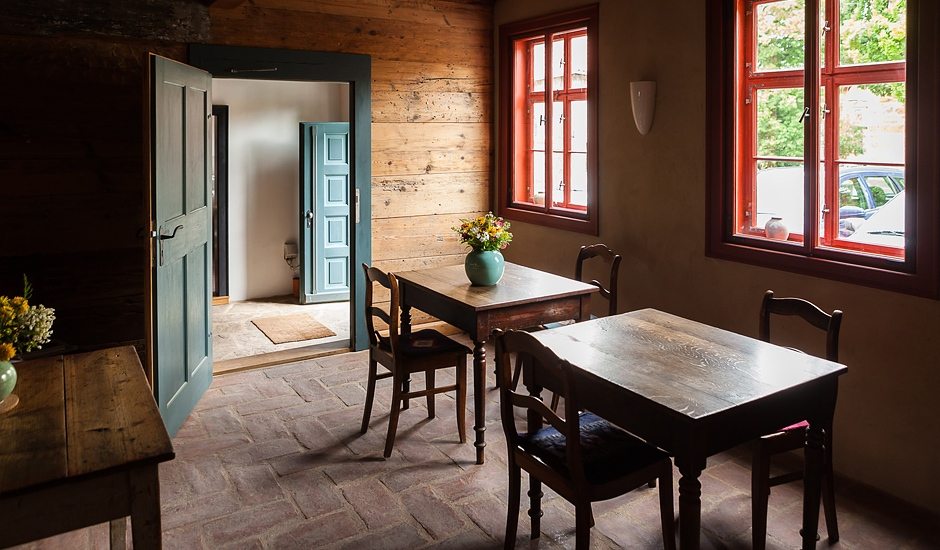 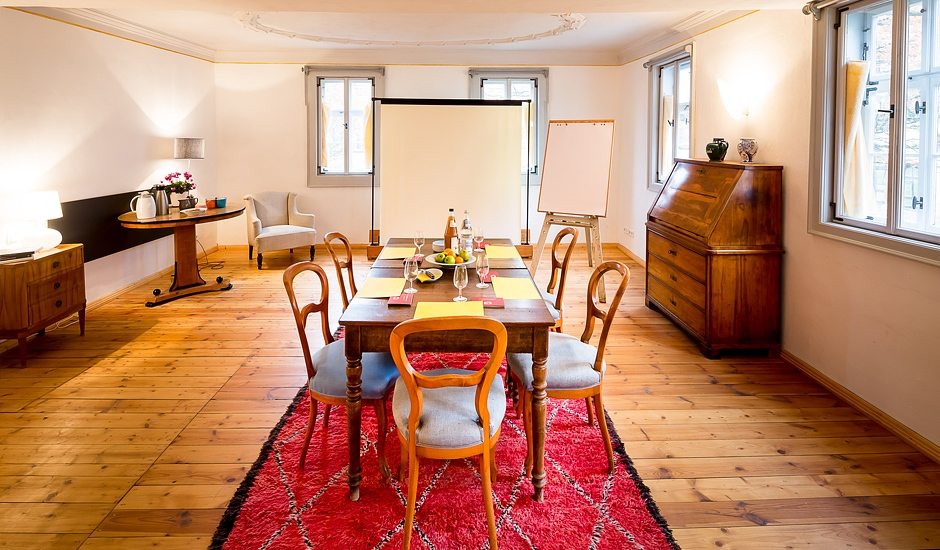 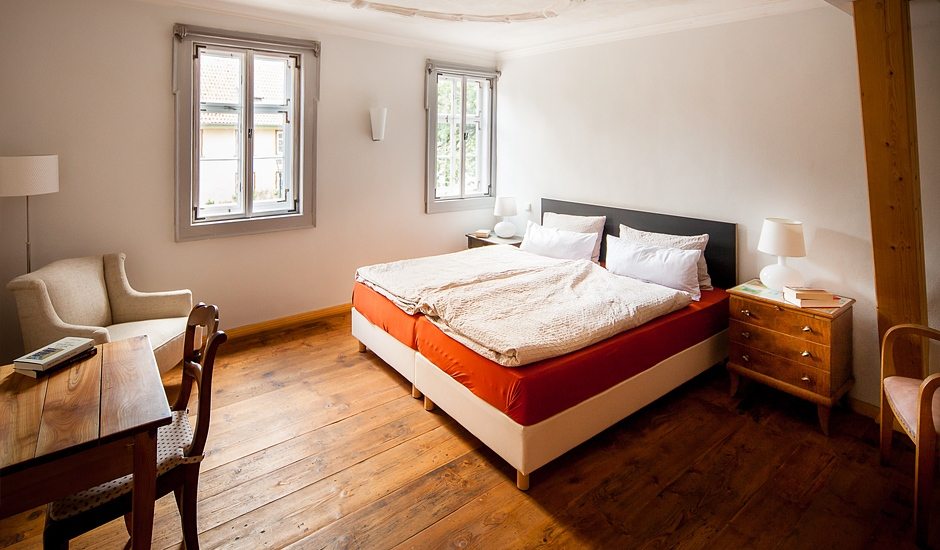 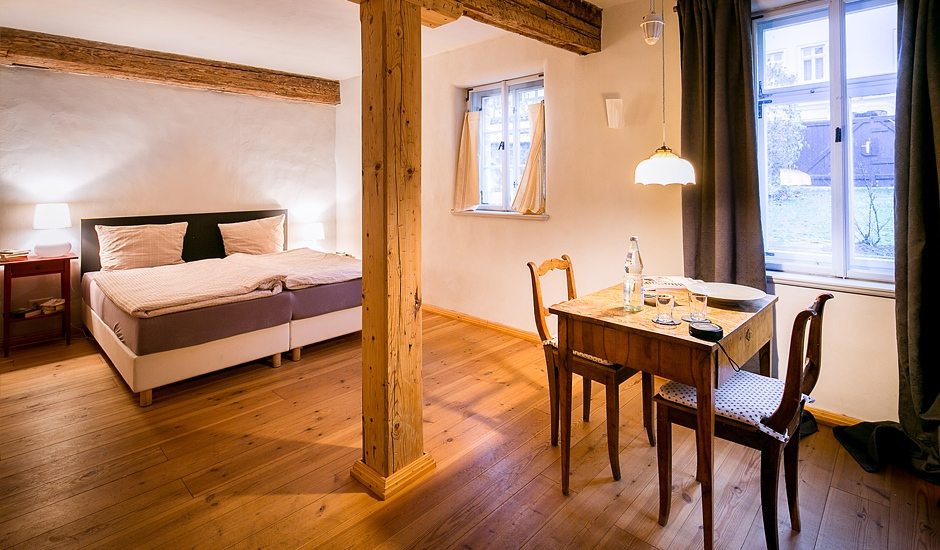 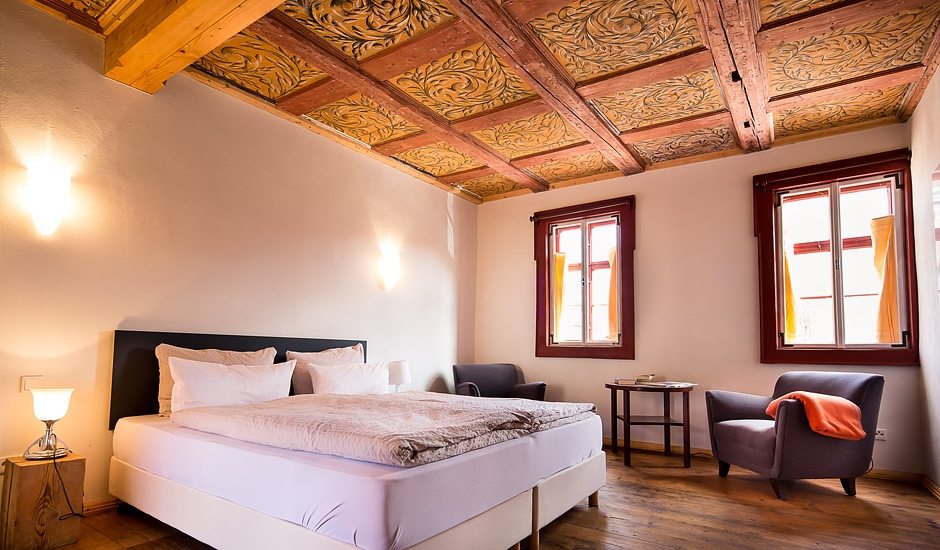 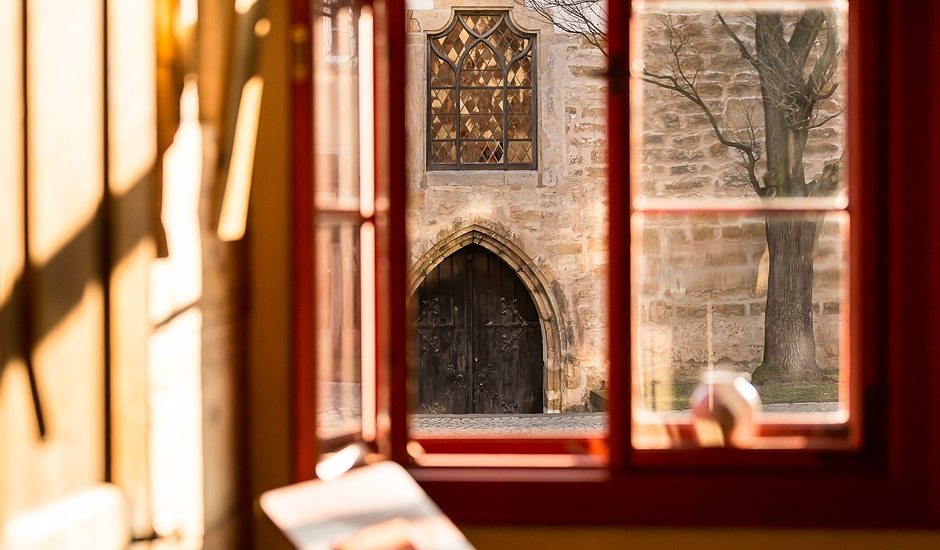 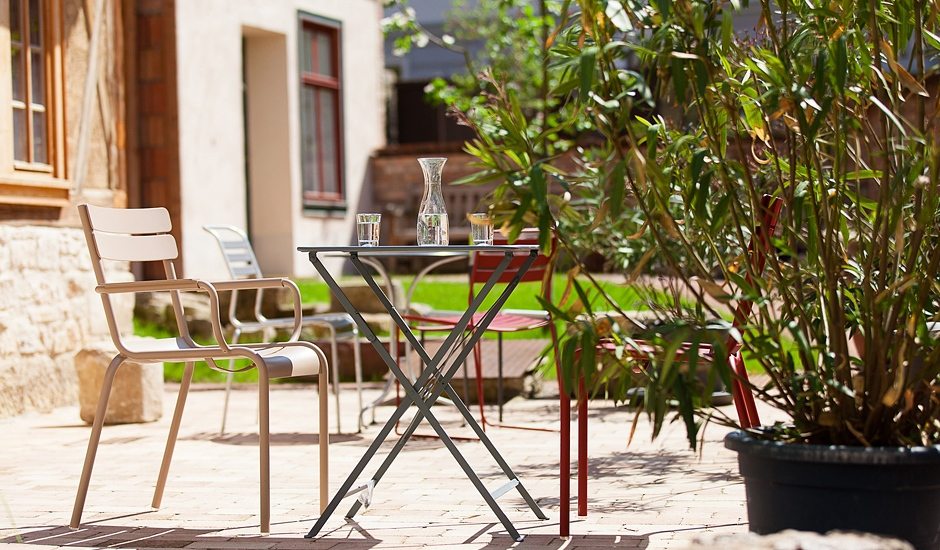 The listed ensemble in the historic core of Arnstadt consists of a half-timbered house from 1582/1697 in the Renaissance style and a factory building from the year 1903. Over a hundred years a glove factory was housed here, from 1990 the buildings were vacant for 15 years and dilapidated. The award winning renovation brought back the beauty and the character of the buildings. Traditional materials such as wood, clay, lime and linseed oil colours were used. Where possible the old substance was maintained or otherwise substituted by old building materials. Today, conferences and seminars are held in the former sewing hall of the factory building. In the half-timbered house bright, spacious hotel rooms have been created with a view of the parsonage and the early Gothic upper church or into the idyllic garden.

The foothills of the Thuringian Forest start almost on the doorstep, Arnstadt is part of Gera bicycle route and is linked to the Ilm cycle path. In the neighborhood there are natural and cultural heritage sites, numerous castles, museums and world-class concerts: Eisenach, Gotha, Erfurt, Weimar, Rudolstadt, the Hainich, the Thuringian basin, Thürengeti and the Thuringian Forest. Hiking and biking, road cycling and mountain biking and snow-sure cross-country skiing area.

Scenery: historic center of Arnstadt, opposite a former monastery

Awards: Award for the conservation of historic monuments in Thuringia 2014, Federal Award for Craft in heritage conservation. Awarded by the German Foundation for Monument Protection 2014, eco label Blaue Schwalbe