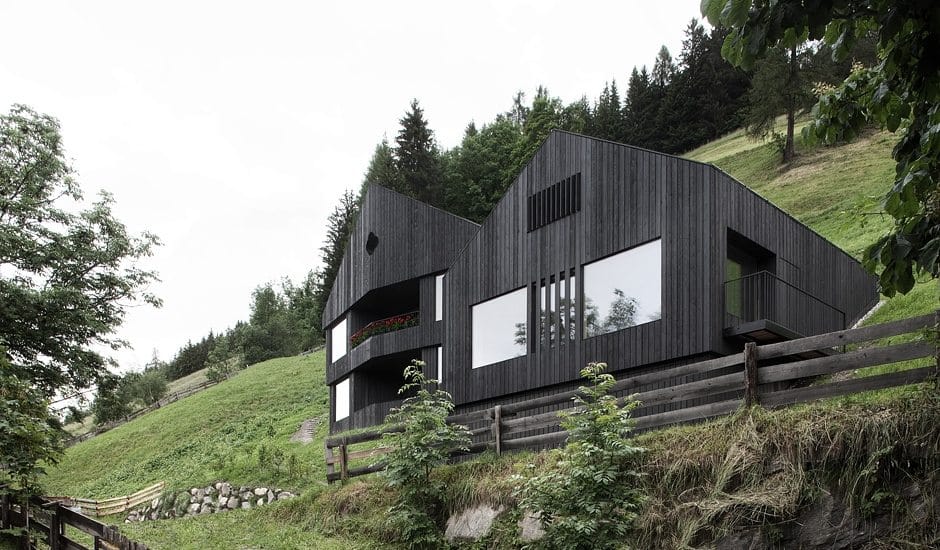 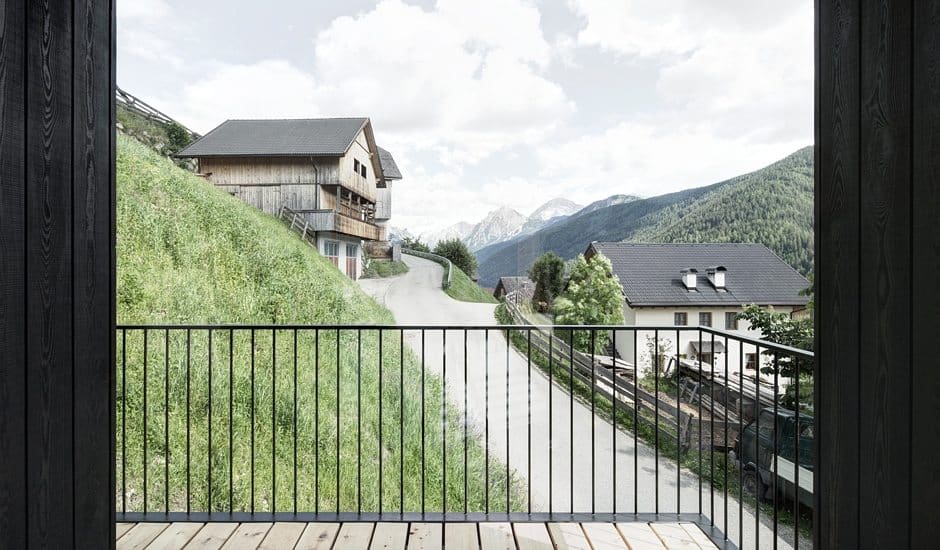 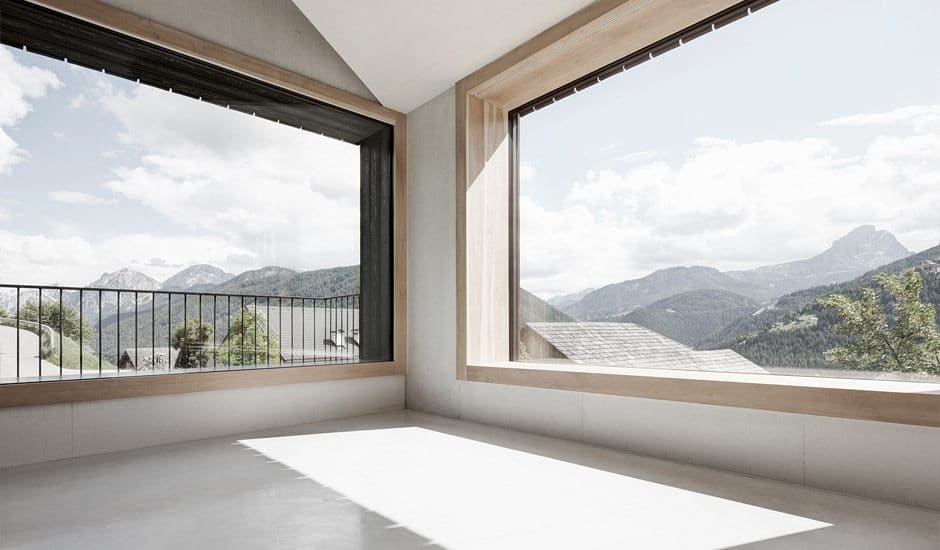 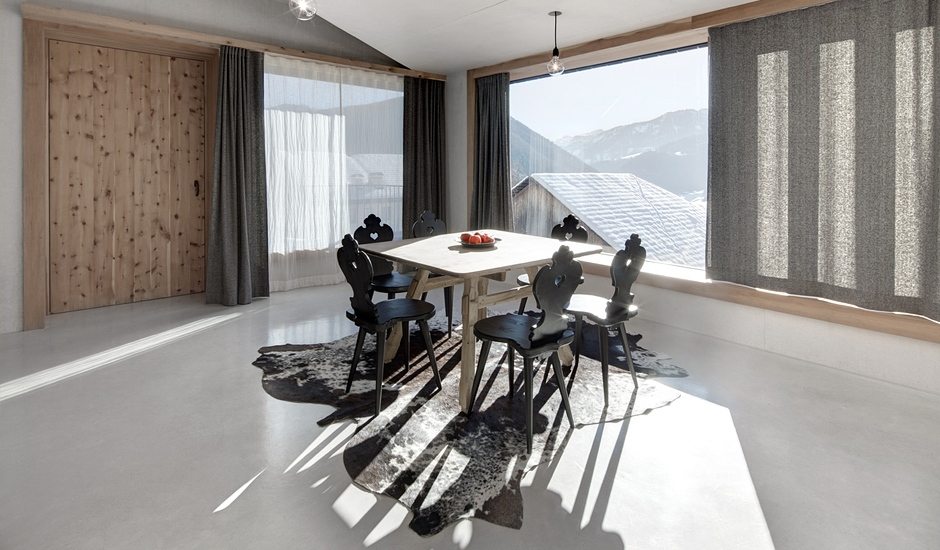 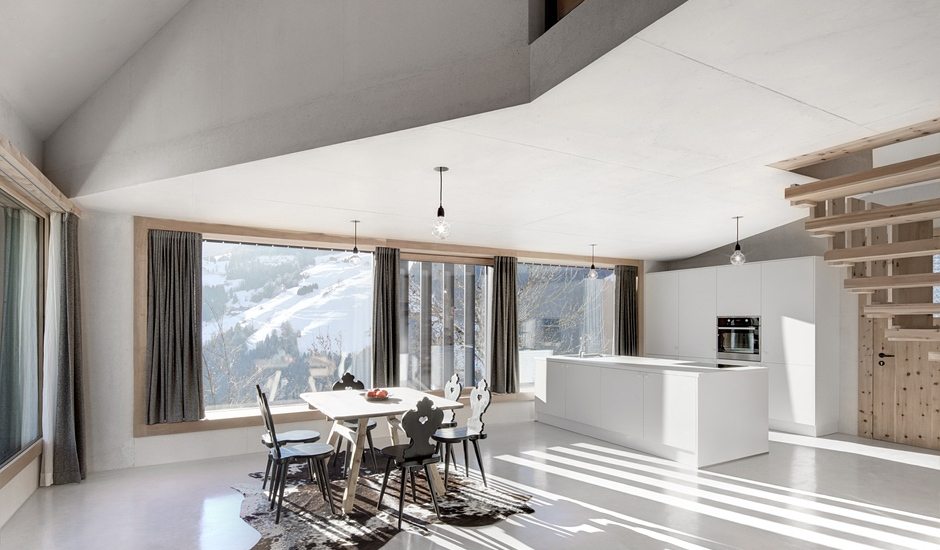 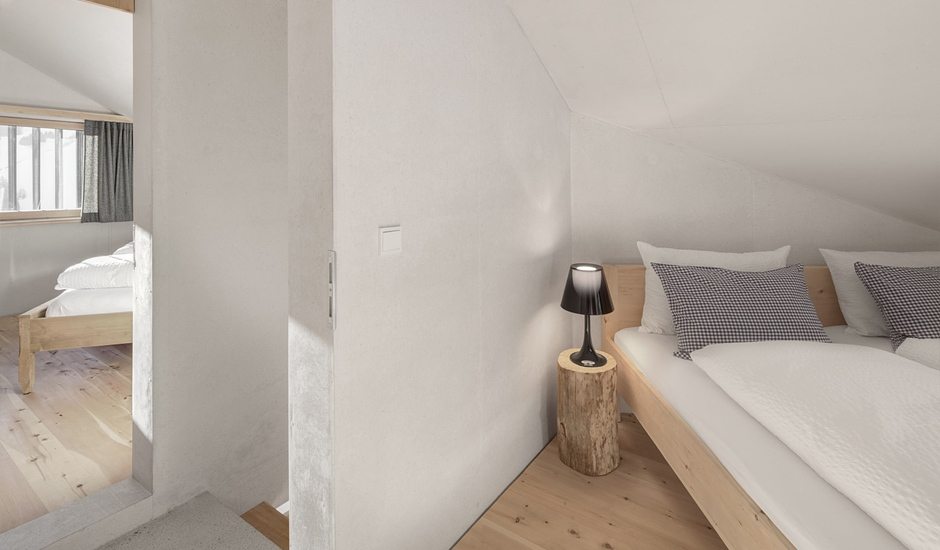 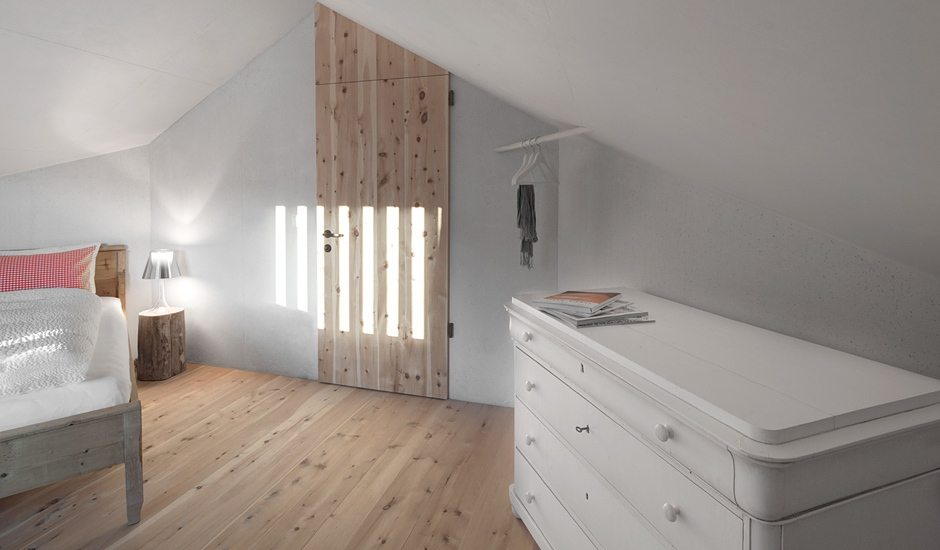 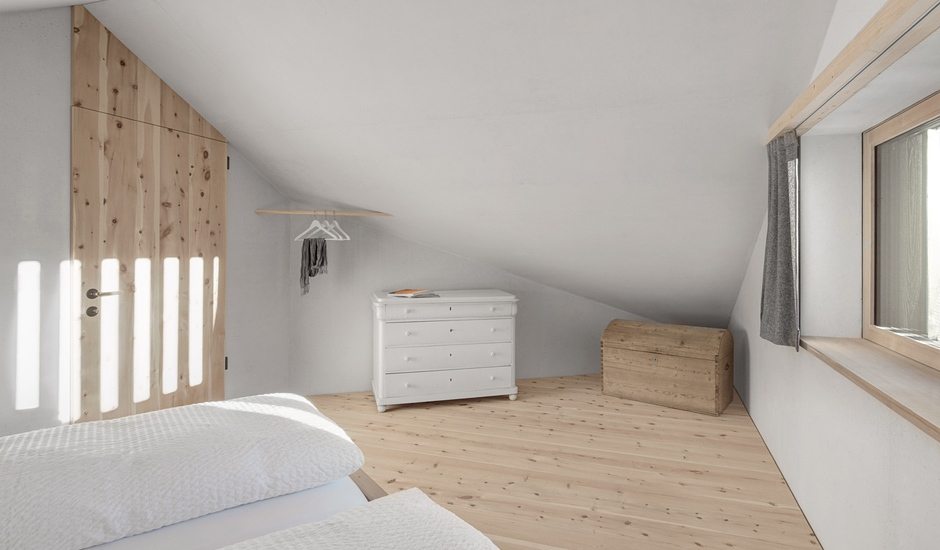 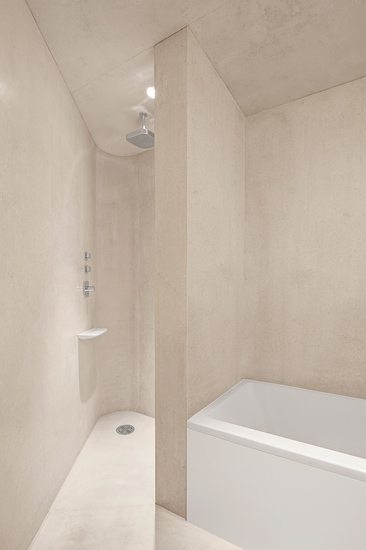 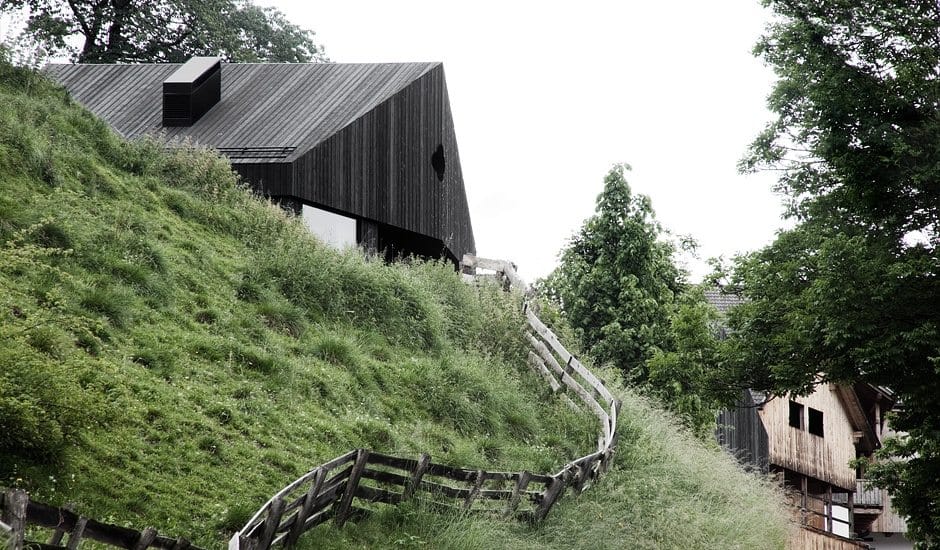 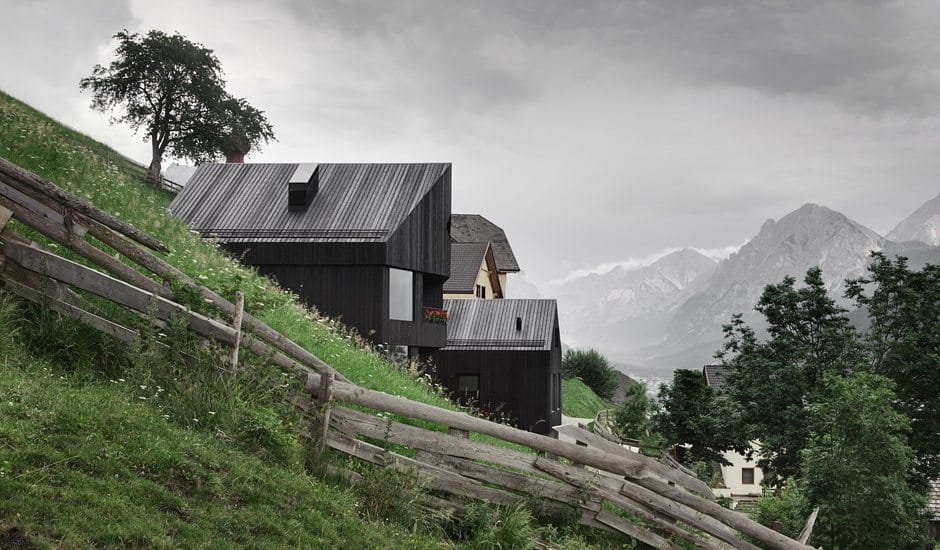 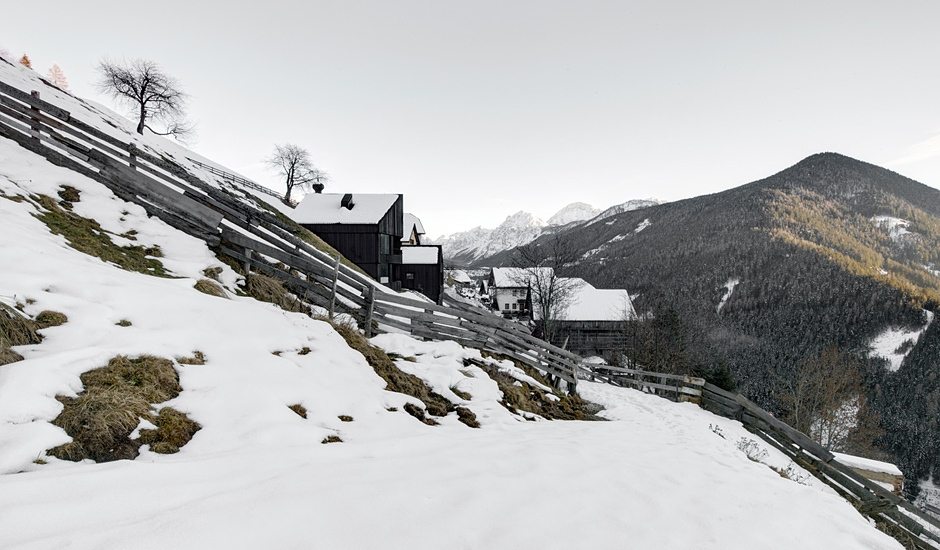 The “Viles” – an ancient Ladin form of settlement in South Tyrol – were the inspiration for the design of the Pedevilla. The ensemble located at 1200 m altitude in a small village corresponds to the local couple-court style: two staggered, similar buildings are nestled gently into the slope. They include traditional ornaments and characteristic features such as gable roof, porch and wood façade, which are interpreted in a modern way. Based on the traditional architecture and the principle of sustainability, just a few, local materials were used: Dolomite stone for concrete, stone pine and larch wood. Behind the dark façade there are bright rooms with a minimalst yet homely atmosphere – accompanied by the view of the mountains of the Dolomites.

Enneberg is only 3 km away and another 4 km apart lies St Vigil, a starting point for the Plan de Corones ski area. In addition to varied descents the nearby Perderütal offers a 15-kilometer cross-country trail.

Excursions, mountain bike and climbing tours and small expeditions in the footsteps Ladin legends in the 25,000-acre park Fanes-Sennes. Explore the unique landscape of the Dolomites with its numerous mountains and lakes.

A modern mountain refuge combining silence, simplicity and closeness to nature. Perfect for slowing down!

Number of guests: up to 6 people