It was meant to have been the south of France. Buying an old town house in Marseille or Cassis and converting it to a holiday home, in a place whose streets are not deserted once the tourists have left, but live on to their own rhythm all year round. This was the original plan of Detlef and Ulrike Rahe, both of them designers and Professors of Design in Bremen (he) and Goteborg (she). When invited on a walking holiday in Majorca they were at first reluctant… but then they were pleasantly surprised – by the authenticity and uniqueness of the Tramuntana mountains and the distinctive coastal formations of the Formentor peninsula with its wonderful play of light and colour. So the French savoir vivre was exchanged for the Majorcan arte de vivir in the narrow, winding streets of the old town of Pollença – more precisely, in the house at 57, Carrer del Lleó, or Lion Street, in this lively town in the north of Majorca that still retains a really Spanish atmosphere. 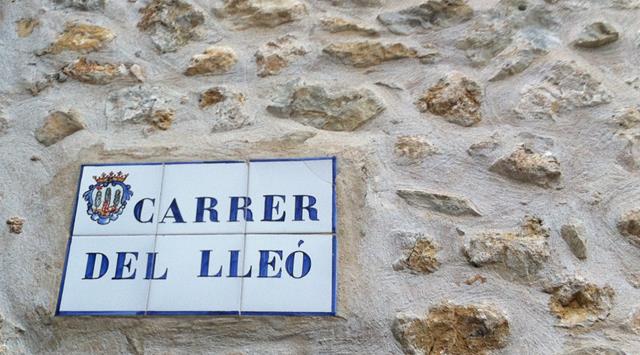 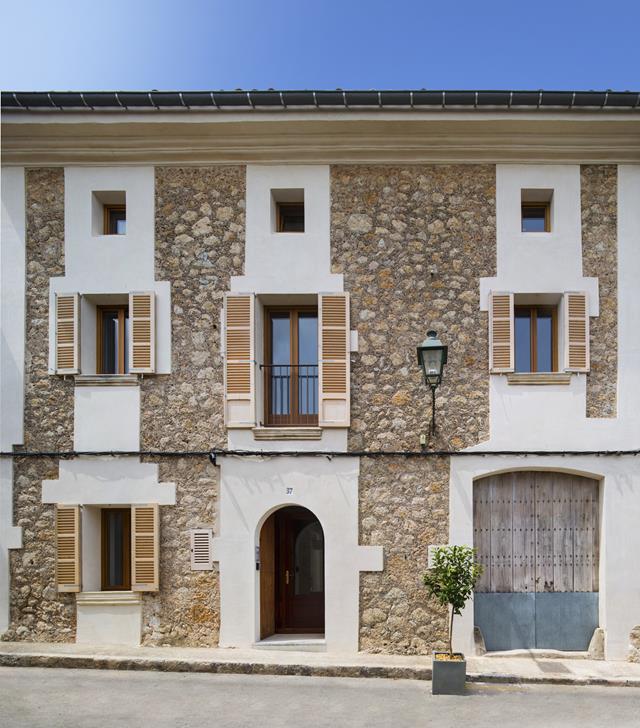 The protected historical mansion rises proudly above the jumbled façades of the neighbouring two-storey houses, doing full justice to the name of the street. The Caller de Lleó, once an important main road into the town centre, leads directly to the old town of Pollença, which nestles gently into the slopes of the Calvary hillside. Today the Caller is almost completely free of traffic; only hikers and pilgrims pass this way. The hill is climbed by 365 steps leading ultimately to a small Baroque pilgrimage chapel, where the view is spectacular and there is no need to be a pilgrim to feel a state of divine rapture. The two designers bought the fairly run-down yet imposing building, with its inner courtyard, in 2012. Since its construction over 150 years ago, it had always been in the hands of the same family, and had been altered many times over the years.

At the time of the purchase, the building’s original layout was completely hidden by later developments and scarcely detectable. The first stage was therefore to survey it thoroughly and examine the structural integrity. The absolute priority was to have as much regard as possible for the historical layout and structure, while combining this with new renovations and modern interior design. It was to be authentic down to the tiniest details: all that was new was to be visibly so, as was the old. Layers were carefully peeled back to reveal the old structure, bringing to light rough-hewn Majorcan sandstone, fine glazed tiles and exposed beams. The outer walls, all loadbearing partitions and the original roof beams were in relatively good condition and could be left in place.

The derelict top floor was completely removed, and the original roof tiles reused when it was rebuilt. All the interior partition walls that were not original were removed. The original layout had three adjacent rooms overlooking the street and three at the back looking out onto the courtyard – 6 rooms per storey – totalling 18 almost rectangular rooms, with the footprint of the house forming a slight parallelogram. The 18 rooms were combined by opening up one or more walls, thus doubling or tripling them in area. The result was a spacious holiday house with 4 bedrooms, 5 bathrooms, 2 fully equipped kitchens, 2 dining rooms, 2 living rooms, a library/study, a music room with a finely-tuned piano and 3 terraces on three different levels. 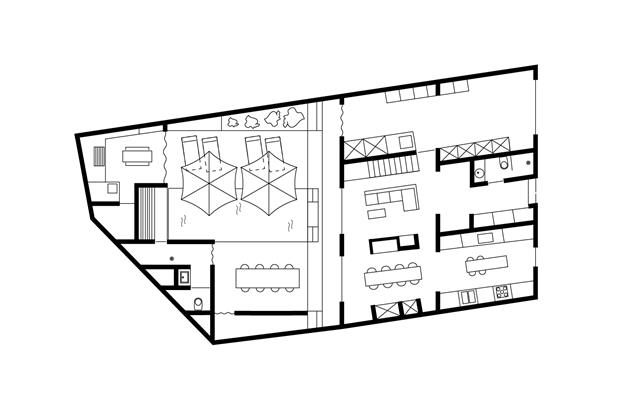 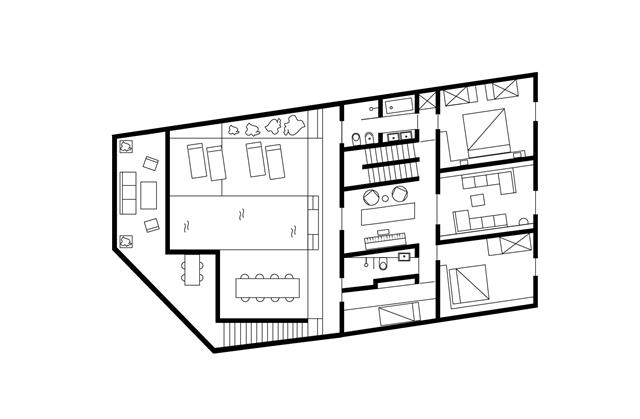 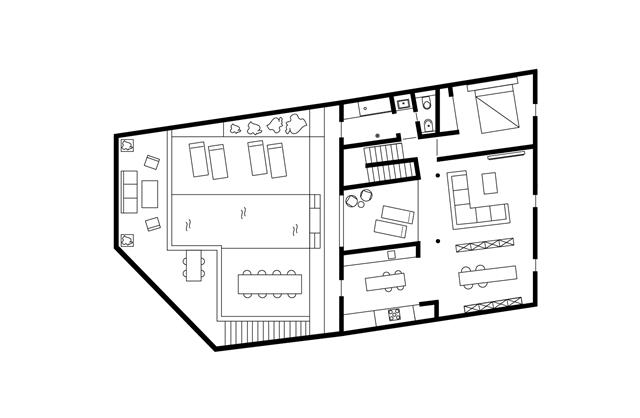 The inner courtyard is comparatively large, since the neighbouring street, whose location has always determined the size of the houses and courtyards behind them, had a slight bend in the vicinity of no. 57. And this is the hidden heart of Lleó 57: the patio with its sun terrace, salt water pool and long table is both a place for conversation and a secluded oasis offering total privacy. Breakfast is accompanied by the lively twittering of the birds that nest in the walls of the house, the warmth of the day gradually increases and orange blossom fills the air with its distinctive scent. The atmosphere of the house constantly changes with the weather, the position of the sun and the time of day, making it a special backdrop for the activities of those inside. 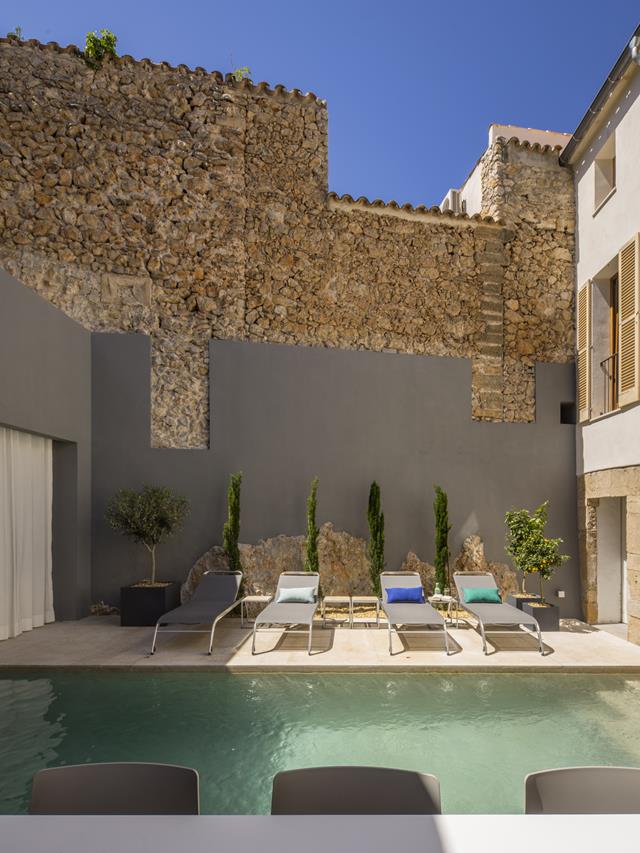 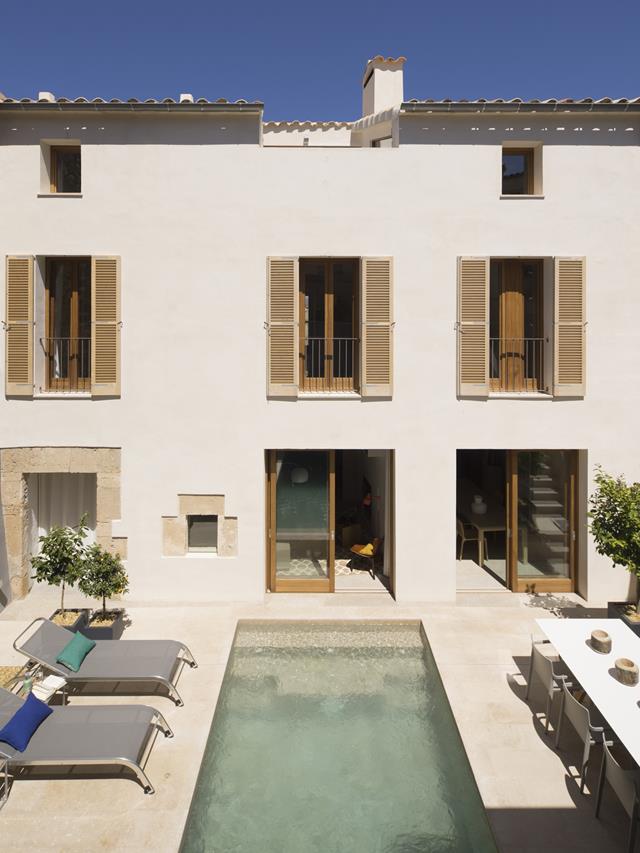 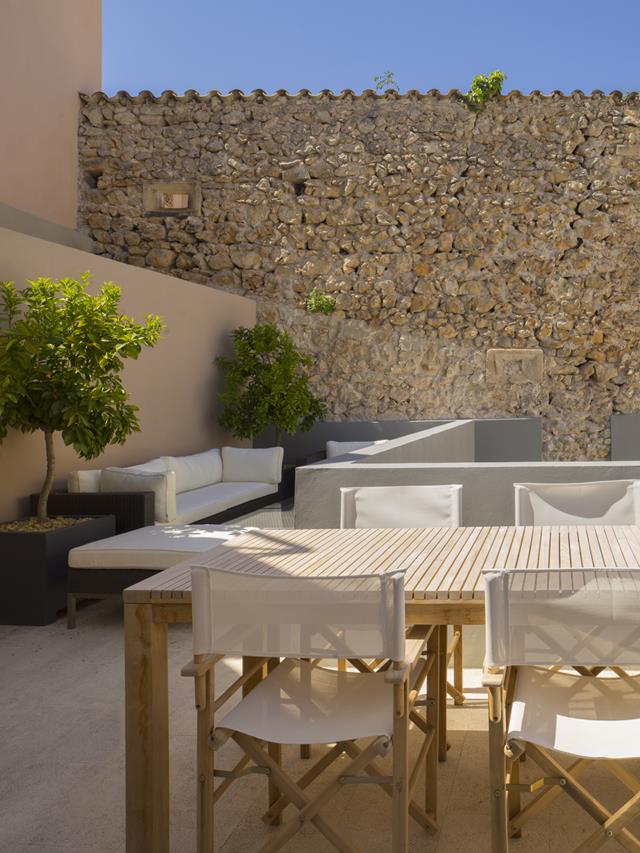 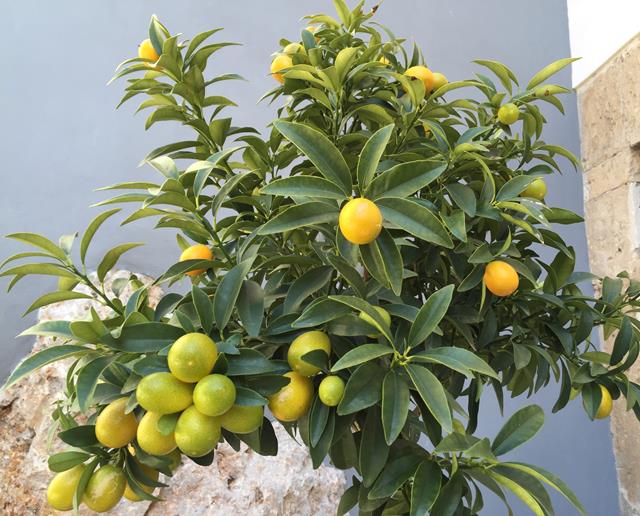 Lleó 57 is governed by strict building controls covering the whole of the façade, the enclosed volume and individual rear-facing components, and all the slightly irregular lines of the walls – as it is not the original idea, but the actual execution of the intended layout that is protected. This gives the holiday home a very special character, promoting a dialogue between irregular lines and clearly defined edges – a dialogue about past and present, craftsmanship and Majorcan pride, warm sandstone and smooth tiles, about neighbours that became good friends and about the constant factor that has inspired the mansion at Caller de Lleó and its inhabitants for 150 years: the Majorcan way of life, el arte de vivir. And if someone sits at the piano, sending its notes out into every corner of the house, Lleó finds its soul and the master of the house listens raptly: “There is hardly anything more beautiful that life has to offer”. 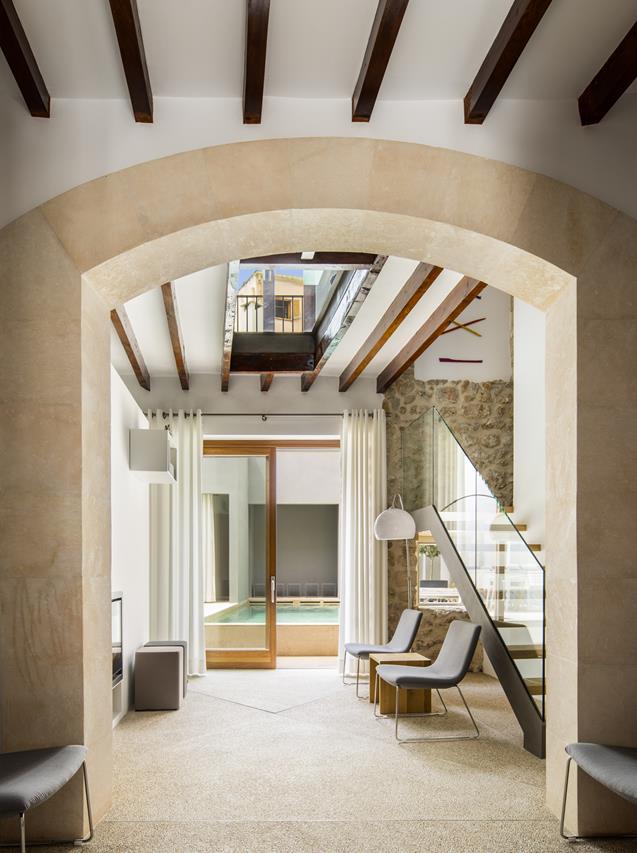 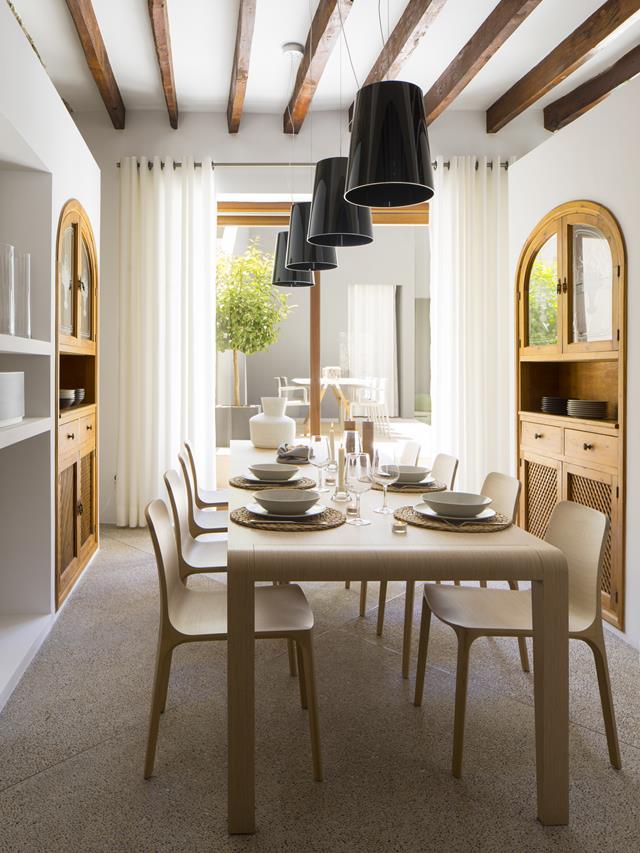 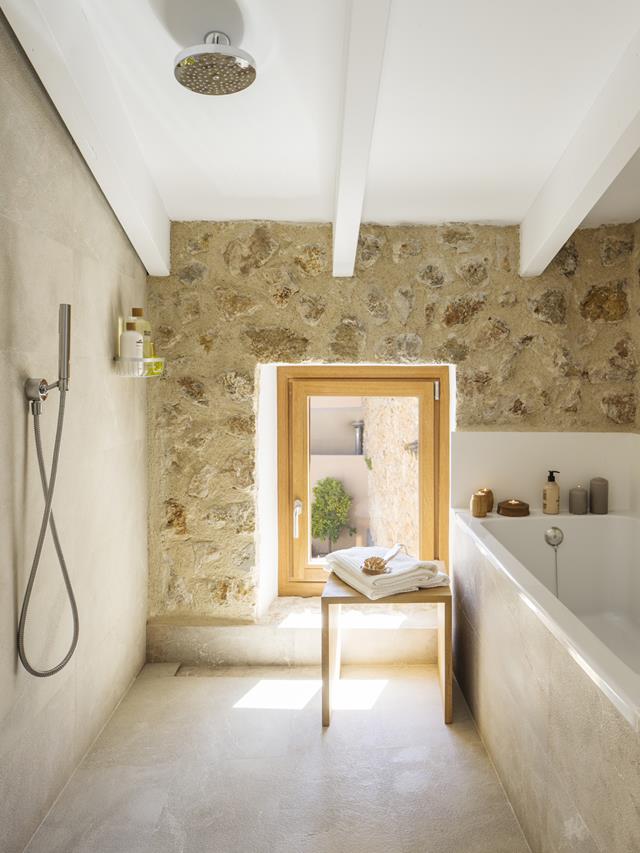 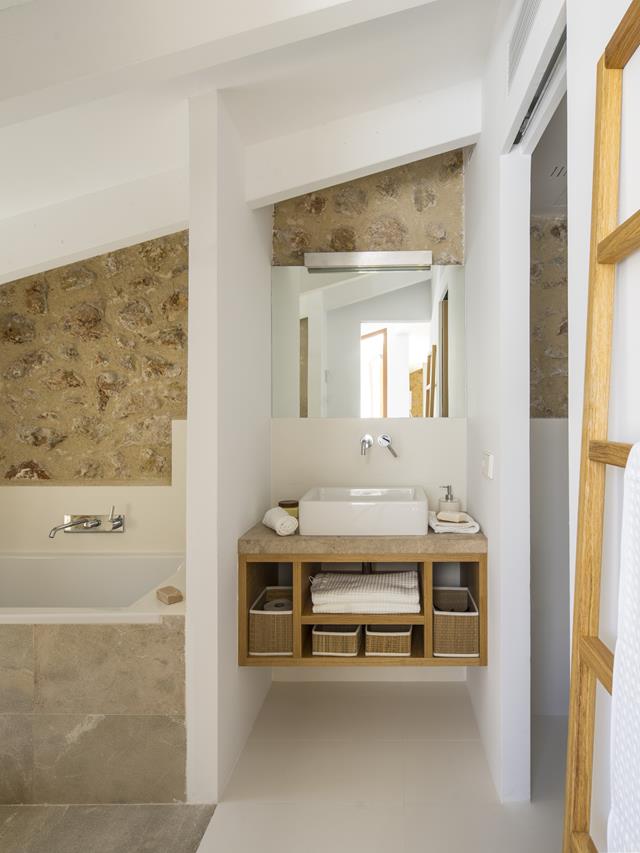 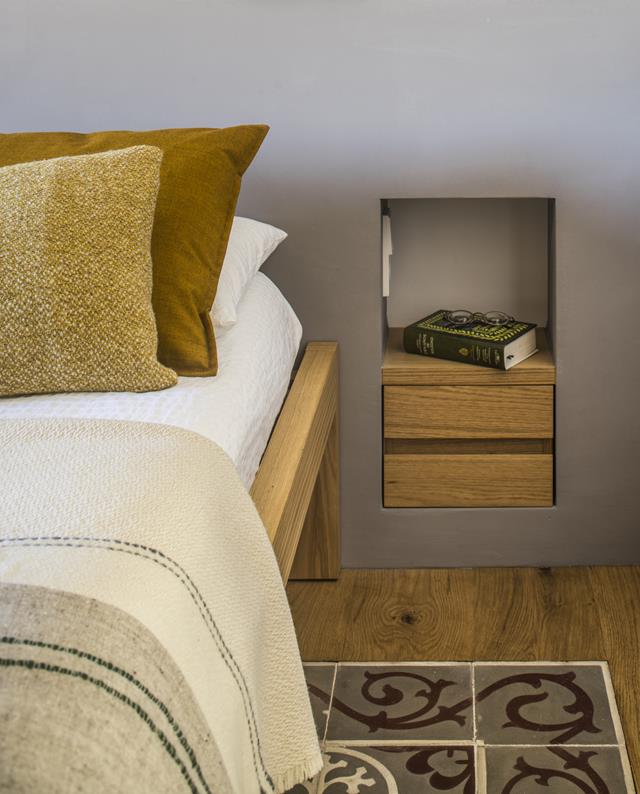 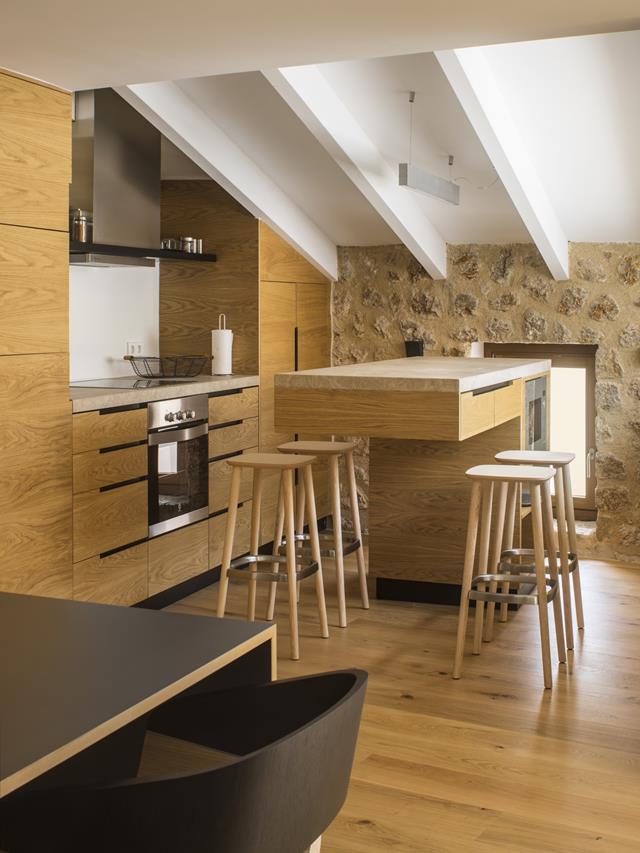 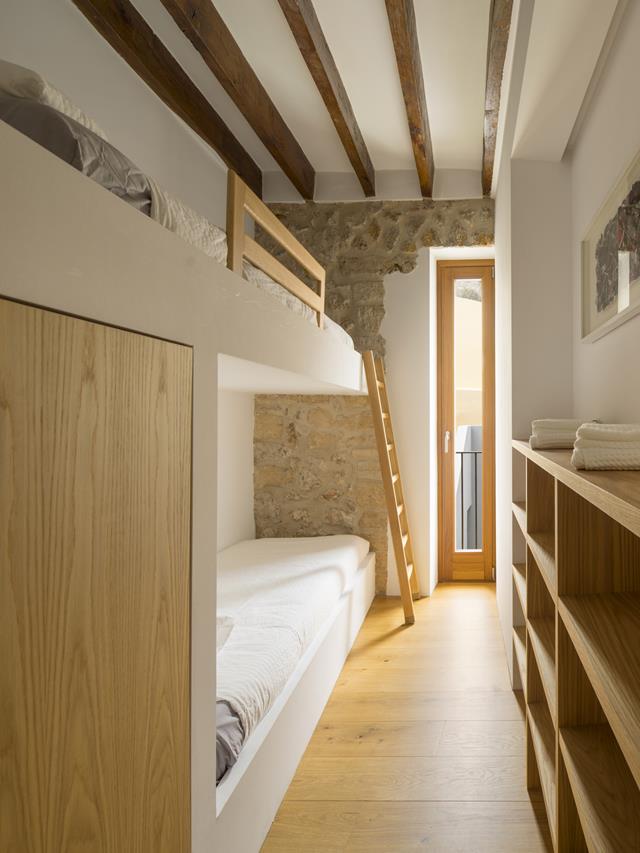 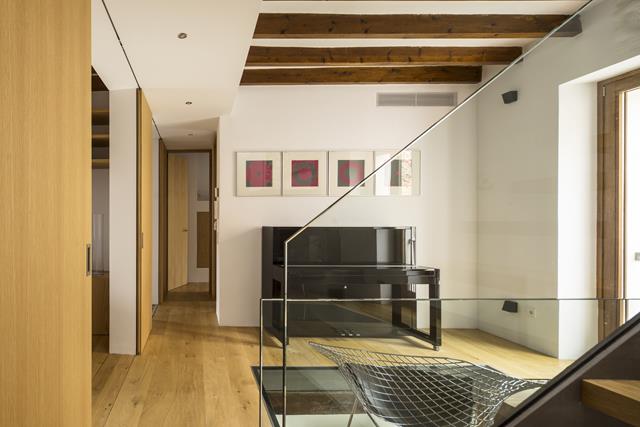 The house is featured by URLAUBSARCHITEKTUR and for rent!

Wonderful project, great sensitivity and care of details and sense of the interior space emanating from the courtyard.
Is it property for rent or private only?
Seonaid Mackenzie