The historic fishing village of Novigrad is situated in a fjord-like bay in the Croatian region of Dalmatia. Located in the center of the picturesque old town, Kuća Kamena is a traditional Dalmatian stone house with a turbulent past: It traces its origins to the 16th century, but has existed in its present form since the middle of the 19th century. In the 1990s it was damaged by war and occupation. Its restoration and redesign started in 2011 using traditional techniques and local materials. Much attention was paid to preserving the original character of the house and yet a modern ambience has also been created.

You enter the house via a terrace, which also provides access to a separate bathroom. From the kitchen, dining and living area a staircase leads up to the “Writers Room” and the adjacent bedroom, which is decorated with furniture from the 19th century. Rustic wooden beams and old stone walls create an authentic atmosphere.

More Information and insights you can find in our HomeStory: House Whisperer – The Kuća project of the Croatian designer Boris Kajmak.

Renovation with an artistic approach. A simple stone house with lots of character, sophisticated design and unusual details. 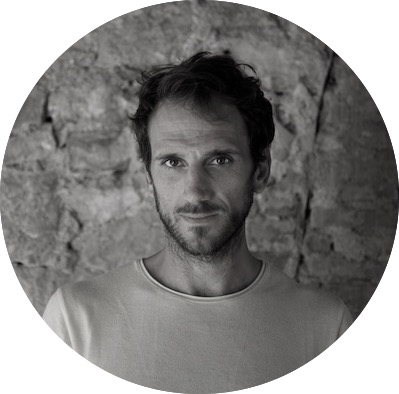 Boris Kajmak is a Croatian interdisciplinary artist and designer who assimilates artistic thought into the architectural perception. Like with Kuća Kamena his creative process starts with the end product: consumption of the space. When renovating, non tangible elements like sounds, smells and light define the structure.
His conceptual approach has generated sculptures, design, and architectural pieces that have been exhibited internationally since 1999. After graduating in printmaking at the Academy of Fine Arts, University of Mostar (BIH) in 2004, he obtained additional MA at Central Saint Martins College of Art and Design in 2005, London (UK). Boris Kajmak currently lives and works in Rome, Italy.

The calendar shows the current availability. Days with a dark grey background are not available, while days in white are available for bookings

Award-winning architects Alan Dickson and Gill Smith and their architectural firm Rural Design are known for their loving use of traditions and materials. In the midst of the spectacular Scottish landscape on the cliffs of the Isle of Skye stands their The Wooden House.
Leipzig industrial chic. Interior journalist Claudia Furger recommends a trip to Leipzig's creative scene in the NZZ Living Stories. And of course, with Meisterzimmer, she provides the right accommodations ready on site.
Especially on vacation, the bike is a great way to explore the surroundings in a conscious and environmentally friendly way or to be active in sports. Some of the houses that are located on bike routes or are popular with bikers are presented here as examples.
How will we build more sustainably and conserve resources in the future? Prof. Florian Nagler's answer is: Build simply!