by Gabriele Kern-Altındiş, with forewords by Christiane Pfau and Britta Krämer. March 2016 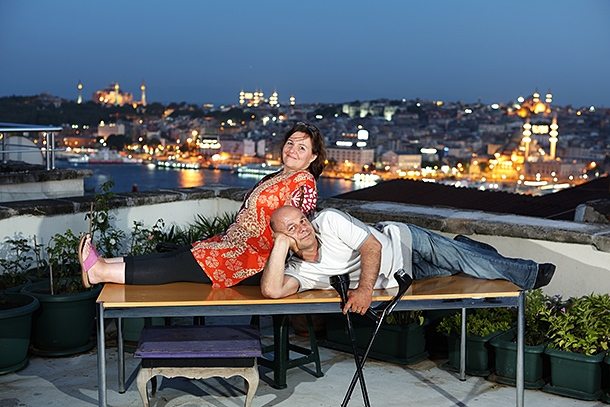 In our turbulent times, travel has taken on a completely new meaning in recent months: while some are forced to leave their country to survive, others are looking forward to their annual holiday. Escape and escapism are related and yet so very different. Every week we present a selection of wonderful houses for special holidays, while at the same time hundreds of thousands of people have no secure roof over their heads – let alone a place they can call home. We know that we are treading a fine line, but at the same time we are flying the flag for what we love: excellent, exemplary architecture. An acquaintance recently said, “News about cultural events is currently the only thing that still gives me some kind of positive feeling.” The difficulties of our troubled times are in everyone’s thoughts – including those of the hosts and guests of URLAUBSARCHITEKTUR properties. Special properties attract special people: the properties presented on urlaubsarchitektur.de are a concise expression of architectural culture. Preserving this is one way of countering the barbarism of the present.

Erdoğan Altındiş and Gabriele Kern-Altındiş are the visionary creators of Manzara Istanbul and Manzara Ayvalik: Merdivenli Ev / Kaynakli Ev: This couple, both architects, run an aparthotel in the Galata district of Istanbul, made up of 25 spectacular apartments, which have been lovingly renovated and which offer visitors breathtaking panoramic views over the city. The picturesque fishing village of Ayvalik on the Turkish coast is the location of a beautifully restored house in the traditional heart of the village, which will delight guests who appreciate aesthetics, idyllic seascapes and the scent of lemon trees. The Manzara Project (Manzara is the Turkish for view, insight, landscape) is far more than two architects’ efforts to breathe new life into an old building. Manzara is a declaration of love for a city that has always woven together Orient and Occident in its own unique way. Manzara is the embodiment of a cultural exchange, and the holiday apartments are a uniquely harmonious interplay between minimalist simplicity and the world of the Thousand and One Nights. Manzara is a warm invitation to all travellers to immerse themselves in the magic, mystery and inspiration of the place.

At the moment it seems as though the whole world is falling apart. Last year ended with the Paris attacks, and this one began with the suicide bombing in Istanbul. On top of climate change and all its consequences, the world now awaits the developments of the refugee crisis, triggered by war and growing social instability, and the resultant economic and humanitarian challenge that is prophesied by all relevant experts. Ultimately we as individuals all share responsibility for these circumstances, whether directly or indirectly.

The political course of the Turkish government makes it difficult for many to see the attraction of travel in Turkey at the moment. Tourism experts recognise the phenomenon from previous times, e.g. when George W. Bush was President of the USA and Silvio Berlusconi was Prime Minister of Italy. During those times this sector experienced serious losses, and many small, ambitious and courageous companies even had to cease trading. A similar threat is now faced by Turkey and is set to bring particular hardship to the country. Many people’s existence is already under threat and the consequences are unforeseeable, as the economic disaster is exacerbated on the home front by the unresolved issue of the Kurdish emancipation movement which threatens to split the country. In the long term this conflict will also affect Europe directly or indirectly.

Although we are currently feeling the serious effects of this trend, at the same time we are experiencing an upsurge of interest from people who want to get to know Turkey and Istanbul. Many visitors tell us that they have deliberately chosen Turkey as a destination out of solidarity with its people, in order to demonstrate that they are not intimidated and they have lost none of their enthusiasm for the country.

Because Turkey, and Istanbul in particular, is still the ideal place to experience a dialogue between East and West. And the city is unsurpassed in its beauty that delights all the senses.

We hadn’t anticipated such a sympathetic and intrepid reaction, and we find it a great motivation. And so, now more than ever, we intend to continue, and to use all the means at our disposal to promote intercultural dialogue. In this way, maybe in the long term we can make a small contribution towards understanding and a peaceful coexistence.

We probably won’t be able to take away all our guests’ fears, and there is no guarantee that it will be possible, in Istanbul or Ayvalik, to avoid the human suffering that may be seen on the streets.

But who has not experienced that uneasy feeling that strikes you when you board an aircraft and secretly ask yourself whether you’ll reach your destination unharmed? But we place our trust in the technology and those people whose responsibility is our well-being, and instinctively set aside our misgivings. Only in this way can we follow our dreams and our goals. We should always hold on to this.

Of course, those of us who live in Istanbul are also occasionally suffocated by a certain sense of anxiety. But as Erich Kästner so aptly put it: “If you have no fear, you have no imagination”.

And what about Ayvalik? Yes, it’s a place where some refugees begin their odyssey into what they perceive as a better world. They leave war and hardship behind, but whether they will reach their goal remains uncertain.

Large numbers of refugees are still arriving in Germany, too, but we continue to live our lives, and that is how it should be. But our eyes are on these people. Many people help as much as they are able, others show compassion and sympathy, but some, unfortunately, are merely contemptuous. Yet no one is unaffected by the situation.

All of us can only hope that the living conditions for all people in the world improve equally. But we are all aware that, sadly, this will not happen overnight. And so we will be all the more often confronted directly by people whose lives are not as privileged as our own. Yet if we simply look away, it will neither change the situation nor relieve our consciences. We shouldn’t shy away from this confrontation, but should always bear in mind that all the beautiful moments we are fortunate enough to enjoy in our lives should increase our sympathy for other people.

If we want to live in a globalised world, misunderstandings and conflicts are a given. It is only through personal encounters with foreign cultures that we will be able to show tolerance, respect and acceptance. To avoid such encounters now means a great loss for those of us who want to live in a climate of freedom and self-determination. We shouldn’t close our eyes or our hearts to what is happening in this, our world! 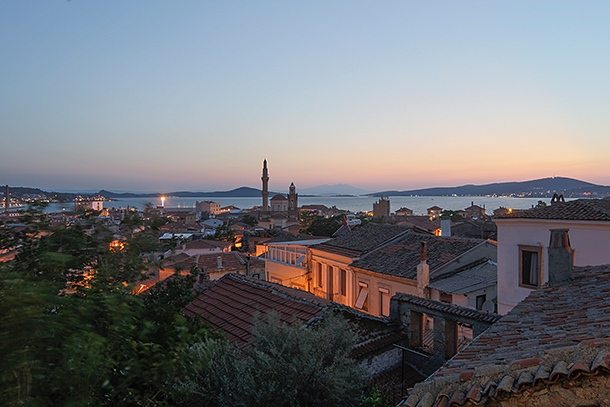 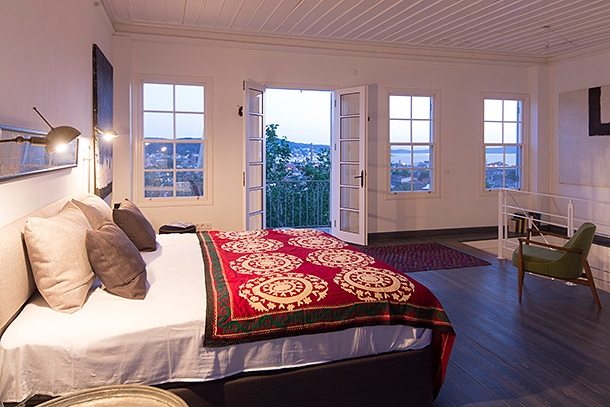 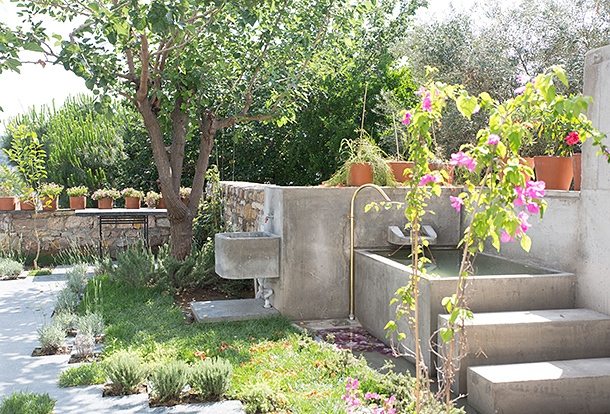 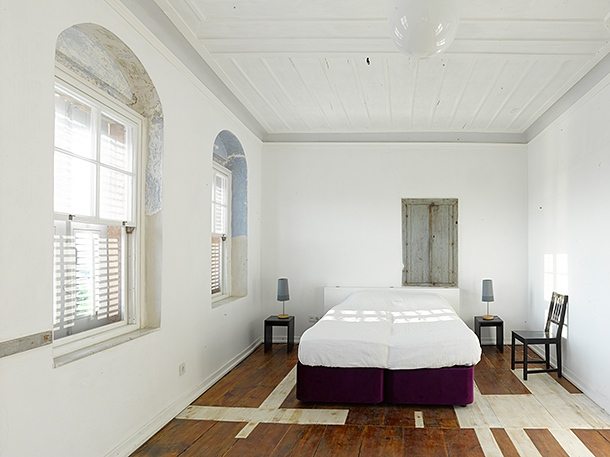 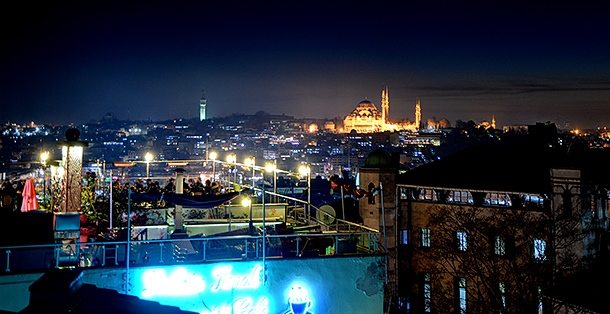 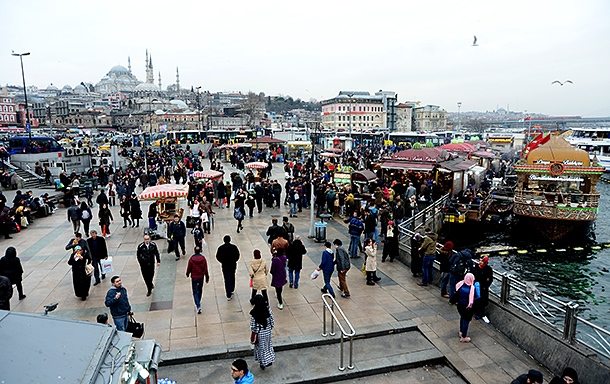 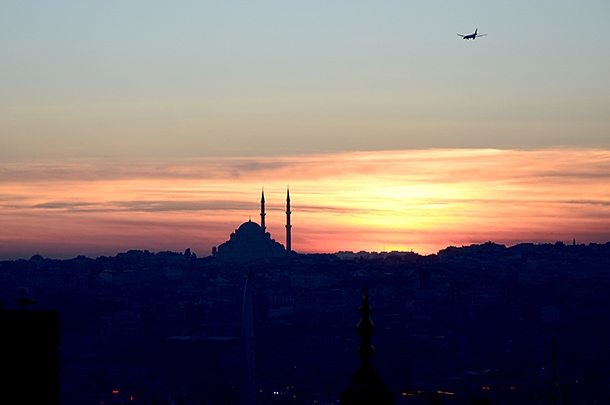 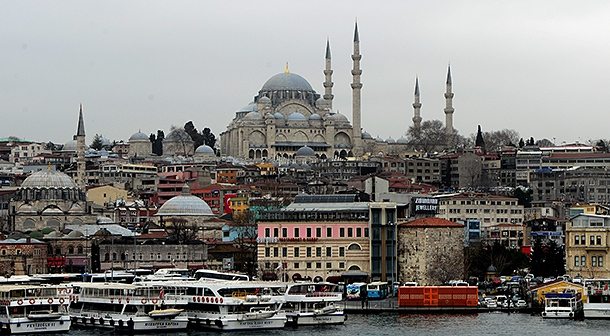 Gabriele Kern-Altındiş has made her permanent home in Istanbul since 2009. Together with her husband, Erdoğan Altındiş, the founder of Manzara, she has constantly moved the company forward. At first she devoted her attention with passion and a great love of detail to the interior design of the properties, the organisation of the corporate structure and personally looking after guests. But during the last few years she seems to have found her true calling. Together with her husband she is constantly conceiving new projects with a similar aim: to promote the dialogue between two cultures, between East and West, and between the many interesting people the two of them constantly meet under so many different circumstances.